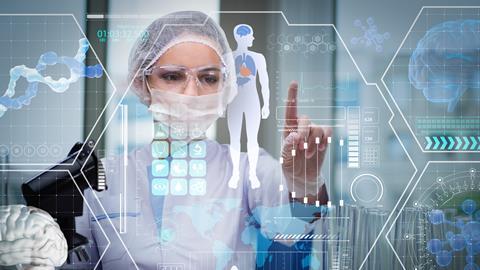 US military wants AI to discover new molecules for it

The Defence Advanced Research Projects Agency (Darpa) in the US has launched a new programme to develop new high-performance molecules for military purposes using artificial intelligence.

Accelerated Molecule Discovery (AMD) will increase the pace of discovery and optimisation of molecules, such as chemical warfare simulants and medicines, from years to mere months or weeks, according to programme manager Anne Fischer of Darpa’s Defense Sciences Office. Darpa says its AMD programme – announced last week – is necessary to ‘counter emerging threats’.

Currently, human approaches are limited by their speed and efficiency in finding and synthesising novel molecules – namely, slow cycles of design and testing, and the expertise of the chemists performing the tests. By contrast, Darpa believes AI will provide a rapid and autonomous means to extract chemistry data and use it to develop tools for identifying, validating and optimising molecules for any purpose.

AMD will seek expertise in a range of fields including chemistry, chemical engineering and mathematics. A webinar hosted by Darpa that will lay out the goals of AMD is scheduled for 18 October. Full details of the programme are expected to be released soon.