A lode of Bologna 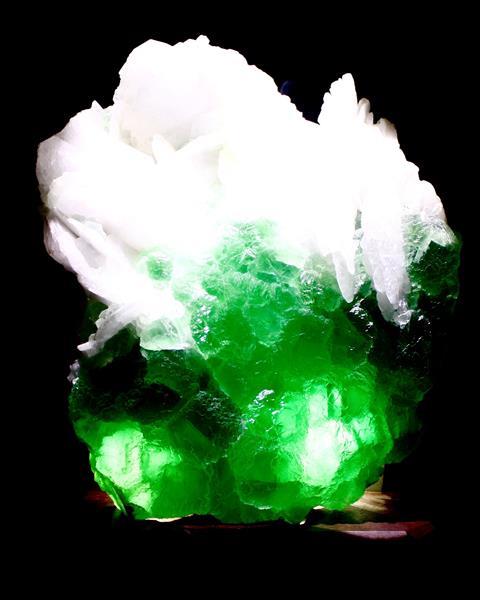 Wilhelm Homberg was in a fix. He had promised a friend that he would reveal to him the great and exotic secret of how to make stone glow in the dark. Now he couldn’t get the experiment to work.

This was not any old stone, but the famous Bologna Stone, a mineral that could be procured in the hills around the Italian city. Homberg, a German who had given up his trade as a lawyer to wander Europe and Scandinavia in search of scientific exotica – as historian of science Lawrence Principe calls him, a ‘merchant of the marvelous’ – had acquired all kinds of arcane knowledge on his travels. But nothing fascinated him quite as much as substances that could be made to emit light. In 1679 he learned how to make white phosphorus from the professor of chemistry Johann Kunckel, a trick Kunckel had wheedled out of the reclusive Hamburg alchemist Henning Brandt. Homberg invented his own ‘phosphorus’ (the generic name for any substance that glowed without heat): a form of calcium chloride that emitted light when struck.

The Bologna Stone was the greatest of these secrets. It was first reported around 1603 by an Italian shoemaker named Vincenzo Casciarolo. He had collected glittery, greyish and conspicuously heavy stones from the countryside around Bologna and found that, after ‘calcining’ them (heating them in air), they would seem to soak up the sun’s rays and then release them in the dark. The news soon spread. In around 1612, a Jesuit natural philosopher records having seen the luminescence demonstrated by Galileo. Detailed accounts of how to prepare the Stone were later published by the French physician Pierre Potier and the Italian Ovidio Montalbani, who looked after the collection of natural wonders amassed in the 16th century by the Bolognese naturalist Ulisse Aldrovandi. The Bologna Stone was the archetypal curiosity collected by such ‘virtuosi’, whose thirst for wonders combined showmanship with scientific inquiry and a lusting after the ‘secrets of nature’.

One of the most renowned virtuosi was Robert Boyle, arguably the most distinguished researcher of the Royal Society in London. Boyle was given a Bologna Stone by one of the Society’s fellows, the diarist John Evelyn, who probably got it from Montalbani during an Italian tour. Boyle, who shared a fascination with luminescence – he records the ghostly apparition of what was presumably bioluminescence on a leg of meat left hanging in his larder – was delighted with this chance to study the famous glowing rock. But he couldn’t get it to work. In 1666, the Philosophical Transactions regretfully admitted ‘the loss of the way to prepare the Bononian Stone [sic] for shining’. Despite the earlier descriptions, this anonymous report declared, the ‘true secret’ had been known only to a now-dead clergyman.

It was to redress that loss that Homberg set himself the task of preparing the stone in the 1670s. He succeeded, and when he demonstrated his stones to the French Académie Royale in 1687, they were deemed ‘incomparably brighter than the ordinary ones’. He disclosed his methods to Nicolas Lemery, who included them in the 1690 edition of his famous Cours de chymie, widely considered the first chemistry textbook.

But Homberg’s experiments stopped working, leading to the embarrassing situation above. Then, after making numerous excuses, he bumped into his friend on the street one day, who insisted he come to his laboratory where the raw mineral and furnace was all set up. Homberg had no option but to give it a try. To his astonishment, it all worked perfectly: the calcined stones were ‘the most brilliant and luminous that I had ever seen.’

Everything was unchanged from Homberg’s earlier failures, save for one detail: his friend used a bronze mortar for grinding the Stone, not an iron one (the mineral needed first to be powdered). This, Homberg gradually discovered, was the key. For it turns out that, to cause strong phosphorescence, the Stone must contain tiny amounts of copper impurities, while trace amounts of iron quench the luminescence. The Bologna Stone was barium sulfide, made by heating the raw mineral barium sulfate (barite) – which explains the Stone’s unusual density. Barite is not uncommon, but the mineral from around Bologna is special in having natural copper impurities.

There’s more to it than that. The calcining process needs to be conducted in just the right way too, in a specially designed furnace that limits the inflow of air. That way, the charcoal fuel is incompletely oxidised to carbon monoxide, which acts as the reducing agent. If combustion goes all the way to carbon dioxide, you’re liable instead to end up with barium carbonate.

None of this was clear to Homberg and his contemporaries, but it became evident to Principe when he set out to reproduce his experiments. Principe’s studies, described in Ambix[1], make for one of the most enjoyable papers I have read for a long time, including Principe’s use of the accounts by Potier and others to find the site, at the foot of Monte Paderno in Italy, where he could pick up the raw mineral himself.

Principe’s conclusion is edifying: sometimes the only way to really understand the history of experimental science is to repeat it.