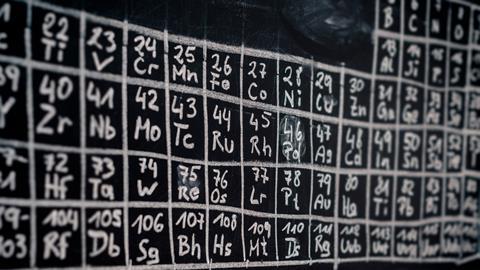 Has the periodic table had its day? It would be a rather sombre conclusion to the International year of the Periodic Table, but the end might be drawing close. As scientists expand the table’s membership by synthesising new superheavy elements – literally one atom at a time – trying to find room for these newcomers at the table could end up breaking it altogether. Or at least leave it in need of some drastic changes.

Theories about the chemical and physical properties of superheavy elements suggest that the latest elements are outgrowing the periodic table – they’re just too big to fit. The pull of their huge nuclei forces electrons up to relativistic speeds, which shifts their chemistry out of line with the table’s trends. Oganesson, for example, is predicted to behave as a semiconductor rather than a noble gas – it might not even have any electron shells. So where does it belong?

Testing those predictions requires quite astounding technical feats. Not just making the elements, but then capturing each ephemeral atom in an experiment before it fizzes out of existence. How can we study the chemistry of an element when only a handful of atoms of have ever existed; all of them gone in 60 microseconds? In our recent feature, we look at the chemists who are trying to do just that with single-atom, split-second science.

And what they might find poses an important question for the future of the periodic table. Groaning under the weight of the superheavies, the far reaches of the table look increasingly precarious with each new addition – teetering on the brink of collapse. So it may be that the periodic table as we know it is at an end, or at least it’s hard to justify invoking extra layers of detail to ensure its continuation. Indeed, while efforts to derive a table based on a more fundamental quantum-mechanical footing are intellectually exercising, it’s arguable whether they add anything to its purpose.

150 years ago, the periodic table was a profound discovery – the articulation of an idea that had been gradually emerging from fledgling chemistry’s empirical explorations. It was an immensely useful model and research tool. It made predictions, pointing the way to new knowledge; it posed questions that led us to answers no one had predicted; and it held mysteries that coaxed and confounded. Today, the gaps have been filled, and its mysteries revealed; its purpose no longer practical but pedagogic. In this context, finding room for the superheavy elements can seem like book keeping.

Yet the strangeness of the superheavy series is also a reminder that our experience of the elements comes from a narrow window in the vastness of the universe. In the cores of our solar system’s gas giants, hydrogen is so highly condensed it turns into a metal; in the sun, atoms are in a blaze of fusion; in deep space, reactions are dictated by the probability of quantum tunnelling. And in all of this exotic chemical space, it’s possible that the superheavy elements have only existed here on Earth. Each one unique in the infinite for its vanishingly short life.

Building the outer reaches of the table occupies the same realm as the search for dark matter, or the origins of life – answering fundamental questions about the nature of the universe, and the nature of science and knowledge. The periodic table is not be a puzzle to be solved any more, but superheavy synthesis seeks an answer to its last remaining question: where does it end?