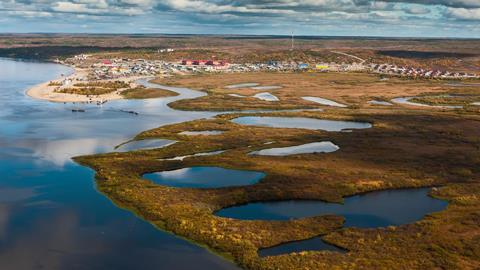 Danger beneath the ice

The Earth is currently in an ‘icehouse’ condition. The region of snow and ice (the cryosphere) is larger and more significant to the climate system today than in the warm ‘greenhouse’ condition that has characterised much of Earth’s history. One of the main features of the cryosphere is permafrost – ground whose temperature remains at or below 0°C for two years or more. This permafrost ranges in thickness from a few millimetres to 1.5km, and underlies an estimated 16‒21x106 km2 of the Earth’s surface, typically at high latitudes and high altitudes. But now, as the climate warms, the permafrost is starting to thaw – and creating a series of environmental hazards we must tackle.

Russia is home to the largest area of permafrost on Earth, about 7‒9.5x106 km2. Much of the permafrost in the Siberian lowlands is rich in underground ice and carbon, and developed largely by the accumulation of windblown dust (silt) during past ice ages. As the permafrost grew upward through the accumulating dust, it incorporated ice and carbon – the latter derived from plant and animal remains of the ice age ecosystem famous for its woolly mammoths and associated megafauna. Many of the plants on which such animals fed have roots that have been preserved for tens of thousands of years in permafrost.

Now, as the frozen organic carbon thaws, it can be decomposed by microbes living in the soil. Under dry, aerated conditions, the microbes produce carbon dioxide (CO2), whereas under waterlogged, oxygen-depleted conditions, they produce methane (CH4). Globally, the terrestrial permafrost region contains about twice as much carbon (frozen within peat, soil and sediments) as currently resides in the Earth’s atmosphere. An estimated 5‒15% of this carbon is vulnerable to release, mainly as CO2, during the 21st century under the latest climate change projections. This amount is broadly similar to the carbon released to the atmosphere by land-use change (eg forest clearance) throughout the world, although it is an order of magnitude less than carbon released by fossil-fuel emissions.

Another risk from thawing permafrost is the resurgence of disease. The Yamalo-Nenets region of western Siberia, where reindeer husbandry and hydrocarbon extraction are important, experienced three outbreaks of anthrax during July and August 2016. The infections killed a 12-year boy, more than 2300 reindeer and at least four dogs; a further two dozen people were confirmed as infected. The infections are attributed to soil that was originally contaminated by anthrax outbreaks in reindeer, mostly in the late 19th and early 20th centuries. Since then, the soil has remained frozen in permafrost, but unusually high summer temperatures (up to 35°C) – such as in 2016 – have thawed the near-surface permafrost and released the spores, causing an outbreak for the first time since 1941. 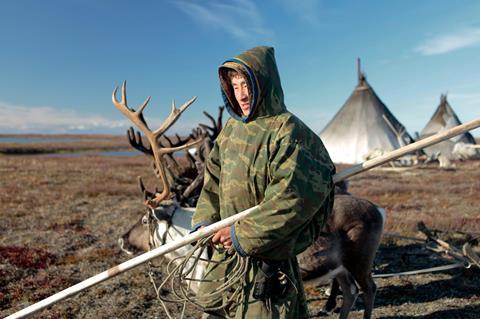 The way of life of the Nenet tribe of the Yamal peninsula, Russia, is under threat from melting permafrost

Finally, subsidence can occur as the underground ice melts, resulting in ‘megaslumps’. Hundreds of thousands of square kilometres of the Siberian lowlands, for example near Yakutsk in central Siberia and along the coastlands of the Laptev and East Siberian seas, are pockmarked with depressions and landslides. The largest known megaslump on Earth, at Batagaika, in the Verkhoyansk region of northern Yakutia, is up to 86m deep and exceeds 810,000m2 . Such thaw features promote geological and geochemical processes that can transform the morphology of the land and the physical properties of the substrate, resulting in major fluxes of sediment, solutes and organic carbon into river, lake and coastal systems.

Yet despite the problems of Russia’s permafrost, it also represents a major scientific resource. Preserved within is a record of environmental change that extends back for hundreds of thousands of years and can help us to evaluate the impacts of past warmer and wetter climates on northern Eurasia. Also preserved are the remains of organisms from microbes to mammoths. Bacteria found within the remains of woolly rhinoceros and cave lions can break down oil components into water and CO2, and could potentially be used to manufacture future biological products to clean up oil spills.

As icy permafrost heats up and thaws over vast areas of the Arctic and Subarctic we need to adapt our activities accordingly. The greatest challenges concern changing ecosystems and their biogeochemical consequences, managing exploration and use of natural resources and developing resilient infrastructure. The Russian people have unrivalled experience of living on permafrost, because Russia has more towns and cities on it than in any other country. In coming decades, there will be many opportunities for international collaboration and sharing of science and engineering skills to adapt to permafrost thaw.

Julian Murton is professor of permafrost science at the University of Sussex, UK