The power of enzymes

Ali Bouzari reveals how amylases and proteases revolutionised our meals 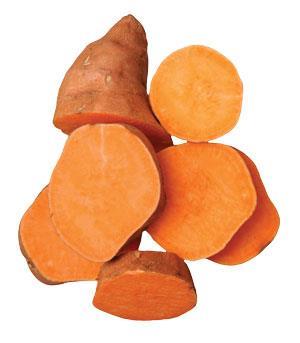 Cooks love tools. We have equipment to cut, fry, scrape, roast, pound, grill, mix and grind our food into any form we can imagine. Kitchen gadgets are gleaming, stainless testaments to our culinary ingenuity and product rollouts with all of the fanfare of smartphone launches give credence to Silicon Valley’s claim that ‘food is the new tech’. The next big thing in food tech, however, is neither shiny nor expensive. It’s invisible and free.

The enzyme is about to spend some time in the spotlight.

Enzymes are everywhere in our food, tearing the microscopic world apart and building new structures from the scraps, recycling carbon and oxygen like an urban wrecking crew recycles steel and granite. When it comes to food, we are more interested in enzymatic demolition than construction. As a general rule, polysaccharides, proteins and other massive molecules fail to register on our tongues and in our noses. Short-chain oligosaccharides can be sweet, and short peptides of a few amino acids can register as bitter, but above this general threshold molecules become too large to interact with the taste buds and lack the volatility required to float up to the receptors on our olfactory bulb. Gigantic polymer chains are useful for corralling water to make sauces thick, ice creams smooth and jellies firm, but their contributions to deliciousness are limited to the world of texture.

We have known about the culinary power of enzymes for millennia, and have relied on fermented drinks as a safer alternative to what was often putrid water. But while grapes, apples and honey (used to make wine, cider and mead respectively) are full of sucrose, glucose and fructose – a ready-to-eat feast for yeast – grains are not. 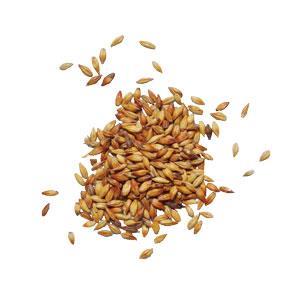 Ancient cultures, such as those in Mesopotamia, discovered that by soaking grains in warm water they could fire the furnaces of life, awakening amylases to churn inert starch into fermentable glucose. The end result was beer.

Ancient innovators in Japan, China and Korea took this process a step further. They cultivated a cocktail of both protease and amylase enzymes by allowing specific moulds (such as Aspergillus oryzae) to grow on rice. These culinary bioreactors turned protein and starch-laden soybeans into products like miso and soy sauce, generating complex, meaty layers of flavour to add to the primarily vegetarian diet of the region.

Thousands of years of tradition solidified these innovative ideas into entrenched techniques and fixed protocols. Yet despite the lore and pageantry of these traditions, enzymatic hydrolysis is neither Mesopotamian nor Japanese in origin, and barley and soybeans are only the beginning. Enzymes have the potential to unlock amazing tastes, aromas and textures in any style of cooking and with nearly any ingredient.

Banana (Musa spp.). Turns syrupy-sweet when starch is broken down during ripening

With the power of amylases on our side, starch is just latent sweetness. By hydrolysing starch to yield glucose, we can make sweet potatoes become sweeter and unripe fruits turn into delicious jams and preserves without the addition of heat. We can salvage overgrown, tasteless squashes and pumpkins, sweetening them before turning them into pies, cakes and dried snacks. Adventurous cooks can let their creativity run wild, using the newly liberated glucose as fuel for the Maillard reaction – in which the carbonyl group of the sugar reacts with the amino group – and caramelisation to turn corn, peas and rice into nuanced, vegetable caramels. Since yeast will ferment nearly anything with free sugars, we could digest starches to enable fermentation of everything from chickpeas to carrots to expand the world of booze beyond potato vodka and rice-based sake. Proteases open up another dimension of flavour, generating the sought-after umami taste in any protein-rich ingredient. By hydrolysing the large reservoirs of protein in grains and legumes, we can unlock savoury meatiness in quinoa, hazelnuts, farro and pistachios. These foods, fortified with complex mixtures of amino acids could give meat-eaters a more compelling reason than environmental responsibility to eat more plant protein. If meat is on the menu, proteases can enhance the taste of everything from salmon fillets to duck legs via the same type of process – in this case through the hydrolysis of actin, myosin and other proteins.

For foods that don’t manufacture sufficient amylases and proteases of their own, we can either add enzyme-rich ingredients or create them with the help of microbes. Successfully cultivating moulds to produce the right enzymes is a complex process, but there are plenty of store-bought enzyme sources for those looking to experiment at home. Malt powder is an abundant source of diastase, a plant-derived amylase, and Japanese markets sell various forms of koji, the rice-mould mixture that contains both proteases and amylases. Unpasteurised dairy products like yogurt and cultured buttermilk often retain proteases from the initial fermentation process and some fruits like pineapple, papaya and kiwi store natural proteases in their flesh to fend off pests in their tropical homes. These enzyme sources can be added to everything from marinades and brines to batters, doughs, soups and sauces. 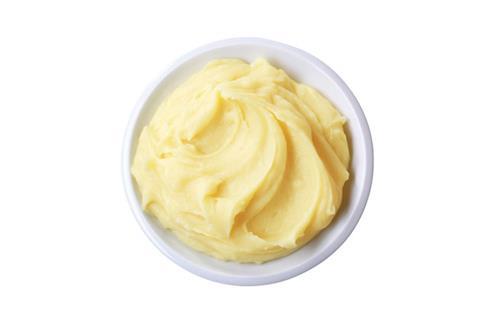 Potato (Solanum tuberosum). The addition of malt powder results in a smoother mash and prevents a gummy consistency

Once we’ve successfully gotten enzymes into the food, the easiest way to manipulate them is with temperature control – most proteases and amylases prefer temperatures between 40–60°C. Heating above this range causes most enzymes to denature, so they usually become inactive during baking, frying, grilling and other common cooking methods.

The plants and animals that we consume in our daily diet stockpile starch, proteins and other macromolecules as important resources, squirreled away for a time of need. With the power of enzymes, we can pry open those biochemical treasure chests and reap the benefits for ourselves.

This recipe works for any kind of cooked root vegetable (potatoes, sweet potatoes, beetroot, parsnips, swede, carrots). Start with however you would usually prepare your mash, then add a few extra steps to make something truly spectacular.

1) Peel, chop and boil the root vegetables until soft
2) Mash the root vegetables into a purée along with milk, butter or any other seasoning and allow to cool
3) Once the purée is at room temperature, stir in the malt powder
4) Heat to 55°C for one hour using a water bath. (Alternatively, heat in a bowl over a pan of boiling water or bain marie, then put in an insulated container to hold for an hour; the temperature does not need to be exact)
5) Enjoy