The proliferation of PhDs is unsustainable and damaging, says Paula Stephan.

It may be hard to believe, but once there was a time when scientists (young and old), policy wonks and those in government worried about a shortage of trained individuals to conduct research. Indeed, one of the primary reasons for establishing the National Science Foundation in the US in 1950 (and ratcheting up funding for the National Institutes of Health) was the concern, expressed by Vannevar Bush in his now famous report Science: The Endless Frontier, that the US and other countries had exited the second world war with a severe lack of capacity to do research. Thus, a goal of government and, indirectly, universities and medical schools, was to build research capacity by training new researchers. It was also to conduct research. However, it was never Bush’s vision that training be married to research. Yes, good training required a research environment and good research required some assistance, but Bush did not see research grants as the primary way to support graduate students. Rather, graduate students should be supported on fellowships and training grants, thus providing them independence. 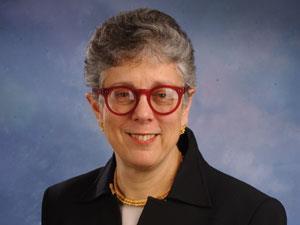 It did not take long, however, for this to change. Faculty quickly learned to include graduate students and postdocs on grant proposals, and by the late 1960s PhD training, at least in certain fields, had become less about capacity building and more about the need to staff labs. Other countries adopted a similar approach. The structure of a university lab, with the principal investigator (PI) at the top, followed below by postdocs and then the lowly graduate students, resembles a pyramid scheme. In order to staff their labs, faculty recruit PhD students onto their graduate programs with funding and the implicit assurance of interesting research careers. Upon receiving their degree, it is mandatory in most fields for students who aspire to a faculty position to first take an appointment as a postdoc.

Such a pyramid scheme works only as long as the number of jobs grows quickly enough to absorb the newly trained. But for many years, the system has not grown nearly fast enough to provide all those posts. We have created a system of ‘too many scientists, too few jobs’ (see ‘US urged to rethink chemistry graduate education’). Chemists have often had an edge over those trained in the biomedical sciences because of the large number of research positions for chemists in industry. But in recent years, industry hires have lagged – in part because of mergers and acquisitions in pharma and in part because of a fragile economy.

Why do smart people – and those recruited into PhD programs are smart – put up with such a pyramid scheme? Are students blind or ignorant to what awaits them? Several factors allow the system to continue. First, there has, at least until recently, been a ready supply of funds to support graduate students as research assistants. Second, factors other than money play a role in determining who chooses to become a scientist, and one factor in particular is a taste for science, an interest in finding things out. So dangle stipends and the prospect of a research career in front of star students who enjoy solving puzzles and it is not surprising that some keep right on coming, discounting the all-too-muted signals that all is not well on the job front. Overconfidence also plays a role: students in science persistently see themselves as better than the average student in their program – something that is statistically impossible.

What can be done to solve the imbalance? First, graduate programs should be required to tell students the truth about job placements. Second, the incentive to staff labs with graduate students and postdocs must be altered. Raise the ‘wage’ (that will get the attention of PIs); require faculty to develop alternative training tracks for students. In other words, make faculty understand that there is a serious cost to using graduate students and make them pay for part of it out of their research budgets and their time. Third, put more funds into supporting graduate students on fellowships and training grants and fewer funds into supporting students as graduate research assistants. Fourth, create incentives for faculty to staff their labs with permanent help rather than relying on temporary labour. Finally, if need be, lessen the coupling between research and training. While effective training requires a research environment, effective research can be done outside a training environment. If universities don’t have what it takes to exercise self-control, then turn some of the research funds over to institutes that are not in the training business. Abstinence is, after all, the most effective form of birth control.

Paula Stephan is professor of economics at Georgia State University, US, and a research associate at the National Bureau of Economic Research. She is the author of the book How Economics Shapes Science