Towards a new plastics economy

Today nearly everyone, everywhere, every day, comes into contact with plastics. They have become the workhorse material of the modern world, combining unrivalled functionality with low cost. And yet, while providing numerous benefits, the current plastics economy has drawbacks that are becoming more apparent by the day. 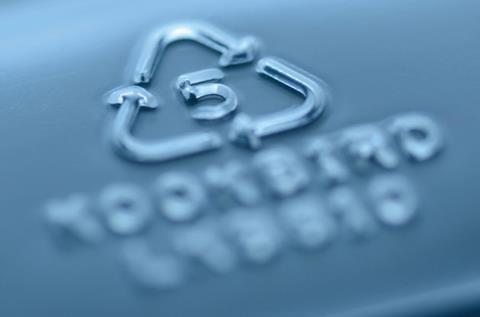 Almost all plastic packaging is used only once, and 95% of the $80–120 billion (£56–84 billion) worth of materials used to produce it is lost to the global economy every year. Furthermore, a large and fast-growing volume of plastics escapes into the oceans (see p54). Over 90% of plastic is produced from fossil fuel feedstock and further fossil fuels are burned in plastics production processes. Together, this represents about 6% of global oil consumption, equivalent to that of the aviation sector. In 2012, this resulted in approximately 400 million?tonnes of greenhouse gas (GHG) emissions, largely associated with plastics production but also from their incineration after use. The environmental cost of the production and disposal of plastic packaging is conservatively estimated at $40 billion a year.

It may be an extreme scenario, but if this current surge continues unchecked, plastics production will triple from 311 million tonnes a year in 2014 to more than 1.1 billion?tonnes a year in 2050. By then, the plastics sector will account for 20% of global oil consumption and 15% of the global annual carbon budget consistent with limiting global warming to 2°C. If current patterns of plastics escaping into the oceans continue, the ratio of plastics to fish, by weight, will increase from 1:5 in 2014 to 1:3 in 2025 and >1:1 in 2050. The economic and environmental drawbacks of the current, linear ‘take-make-dispose’ plastics economy are all too clear.

These are some of the findings of The new plastics economy report, recently published by the Ellen MacArthur Foundation in collaboration with the World Economic Forum and McKinsey & Company. As well as outlining the problems of the current plastics economy, the report puts forward a proposal for its future – one based on circular economy principles. Starting with plastic packaging, a central element of this new model is an effective after-use system. This will be characterised by drastically improved recycling, such as the use of reusable packaging and industrial composting. It will mean a significant reduction in the leakage of plastics into the oceans – enabled by improvements in after-use collection, better reprocessing infrastructure and more research into bio-benign materials. Even in a radically more circular system, some virgin feedstock will still be needed. An industry with low GHG emissions will therefore be one decoupled from fossil feedstocks.

The chemical industry is critical to creating a more viable future. Economically attractive, renewable feedstocks that do not create land-use problems will be necessary. So will materials that do not contain substances of concern and are safe in all product phases. Products will need to be designed that are reusable many times over. ‘Moon-shot’ innovations such as chemical recycling, chemical marking and ‘super-polymers’ with both superior functionality and recyclability must be encouraged.

One potential option currently being explored is to derive plastics feedstock from GHGs. Early commercial initiatives are encouraging. Covestro (formerly Bayer MaterialScience) plans to open a plant this year with the capacity to produce several thousand tonnes of polyurethane from polyols derived from captured CO2. Novomer has announced a large-scale manufacturing run of polypropylene carbonate polyols based on the co-polymerisation of CO2 and epoxides. Mango Materials and Newlight have shown that methane can be used to produce polyhydroxyalkanoates. And Calysta and NatureWorks have announced successful lab scale fermentation of methane into lactic acid, for use in lactide intermediates and polymers such as polylactic acid.

The scale-up potential of these innovations remains unclear, but companies are already putting deals in place to implement new technologies. In March 2016, Newlight signed an agreement with Ikea, under which the furniture retailer will have the exclusive right to use Newlight AirCarbon thermoplastics, made using landfill biogas and later CO2, in its products. Under the agreement, Ikea will purchase half the output from the start-up’s 23 kilotonnes per year plant in the US, with the long-term aim of increasing annual capacity to 453 kilotonnes.

The technical hurdles of both concentrating atmospheric CO2 (to avoid locking-in high carbon emitting infrastructure) and taking the additional chemical steps to arrive at appropriate monomers are high. The economic challenge of securing a sufficiently large and cost effective supply of renewable energy to run the energy hungry process is also significant (using fossil fuels for this would risk even higher GHG emissions than using fossil feedstock). Such obstacles, and many others, will need to be overcome to usher in a plastics economy that is economically and environmentally tenable.

The Ellen MacArthur Foundation will establish an initiative later this year to encourage such a shift. Input from the chemicals industry will be most welcome.

Ian Banks is an editor and Michiel De Smet and Mats Linder are project managers at the Ellen MacArthur Foundation, Cowes, UK