Microbes are often enemies in the kitchen, but when used can add new dimensions to cooking

We are living in a microbial world. Microorganisms are ubiquitous and essential for all life. They are the molecular engines of healthy soils and the foundation of our food systems. Microbes are the biochemical industry within and around us, facilitating life and the interactions with our environment that life requires. Their chemical transformations are also integral to food production, flavour development and preservation. 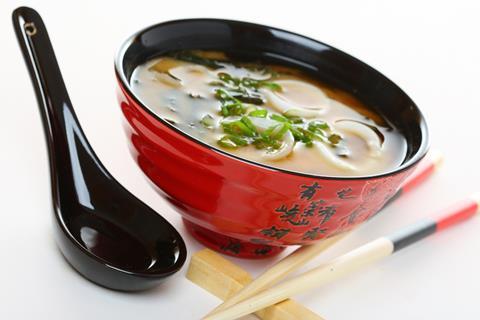 All foods have an enduring and evolving patina of bacteria, yeasts and moulds (among many other microscopic critters). Over time, refined by preferences and necessity, ingenious people have figured out how to ‘turn on’ the microbial layer of food to help insure safety and preserve flavour. One of the best examples is fermentation. For thousands of years, cuisines around the world have harnessed interacting microbes, through fermentation, to create unique flavours. Populations of microbes compete for and exchange resources to orchestrate the flavour symphony in some of our most popular foods, such as wine, bread, cheese, pickles and soy sauce.

In the kitchen, microbes live a Jekyll and Hyde existence. They either sicken us with nearly indelible memories of discomfort and disgust (evasive pathogens), or generate harmonious chemosensory experiences. Both reactions are in response to detecting the chemical transformations of microorganisms. Culinary contributions of microbes include production of water-soluble molecules, hydrophobic volatile aromatics and water-trapping, viscosity-generating hydrocolloids.

Chefs primarily use physical forces to breakdown nutrients and reorganise molecular bonds in their quests to create delicious and wholesome foods. Microbes, however, are master chefs at generating and harnessing biochemical energy in the form of enzymes to augment nutrient functionality. Proteins, lipids and carbohydrates are broken down by biochemical cleavers into smaller, tastier, more aromatic and savoury pieces. Chefs and scientists have a mutual fascination with microbial resources within our food systems, and how we might work more effectively to harness their latent energy for flavour and safety.

Rhizopous oryzae is one such example. A food mould, when incubated with polished rice at 30°C it transforms the rice into a soup of flavour-liberating enzymes that provides tastes, aromas and desirable textural properties. This mixture, called jiu-niang, has long been used as a supplement in Chinese traditional medicine to help with the absorption of nutrients. Recently, the biochemical energy in jiu-niang has been used by food chemists to help improve the quality of bread and provide a more ‘natural’ preservation system. The cocktail of amylases and proteases formed by R. oryzae helps shape and functionalise complex carbohydrates and protein polymers in bread.[1] This shifts moisture migration away from the bread’s crust and helps maintain its physical structure and desirable sensory properties.

We have learned about the capabilities of R. oryzae through tempeh, a soybean based meat alternative. Tempeh is produced by soaking soybeans in water for 24 hours to activate the native lactic acid-producing bacteria, causing a pH reduction that primes the beans for inoculation and 48-hour incubation at 30°C with R. oryzae. The mould generates nutty, umami and savoury qualities in the mashed beans, and increases bioavailability of nutrients.[2]

Chefs at Mugaritz, a two-Michelin starred restaurant in Errenteria, Spain, have collaborated with scientists to explore using R. oryzae to help develop innovative menu items.[3] They have inoculated apples, nuts, barley, beans, peas and rice with the mould to create new ingredients and components to dishes that have novel tastes, aromas, and visual properties (imagine a ghostly fuzzy apple with enhanced sweetness and acidity). However, neophobia – fear of new things – will be a hurdle for acceptance by some consumers.

Observe the differences in aromas rising from the bowl, compared with the salty, slightly sour, and savoury flavours in your mouth.

Miso is an ingredient made from fermented soybeans or rice that also benefits from the biochemical craftiness of another food mould, Aspergillus oryzae. This produces a flavourful blend of monosodium glutamate (providing umami), octenol (which gives an earthy, mushroom aroma) and isovaleric acid (a mild cheesy quality) among other sensory qualities.[4] Depending upon the vegetable substrate and amount of salt used during fermentation, miso can be a light blonde colour to dark red and sweet or salty. It is the foundation for quick and simple soups and a common ingredient in macrobiotic recipes. The flavour variety and complexity of misos has been compared to that of wine. Chefs and artisan food producers are continuously exploring the culinary and retail food possibilities of miso.

Fermented foods are also being used by chefs to help improve nutritional quality of existing foods. At low levels, fermented ingredients have been added to chicken broth, tomato sauce and coconut curry, augmenting their overall flavour while allowing for a reduction of sodium chloride.[5] Whether you are interested in discovering new, healthier, plant-based recipes or just want to follow your culinary curiosity into new flavour worlds, allow microscopic helpers to help show the way.