We need more women to win the Nobel prize

In October, this year’s Nobel prizes celebrated tremendous achievements in the arts and sciences. None of the winners were women. 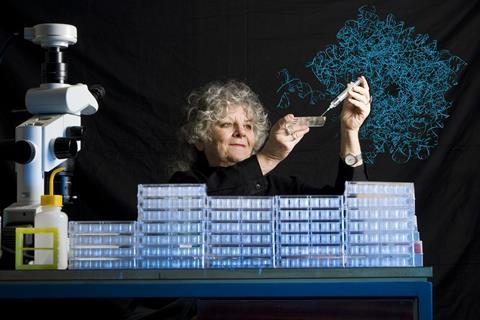 This is disappointing but consistent with the history of the awards. Since 1901, when the first Nobel laureates were selected, only 48 of the 870 winners have been women. Despite women making outstanding breakthroughs that have reshaped the landscape of science, only four have won the Nobel prize in chemistry – Marie Curie in 1911; her daughter Irène Joliot-Curie in 1935; Dorothy Hodgkin in 1964; and Ada Yonath in 2009. In 2011, the Rosalind Franklin society noted only 2.9% of the three Nobel prizes in science (physics, chemistry and medicine or psychology) have ever been awarded to women. Since then, only two – May-Britt Moser and Youyou Tu – have been made laureates, compared with 43 men.

This obvious absence of women from the list is not because their work gone unnoticed: Lise Meitner was nominated 48 times by different people, for both physics and chemistry, but never won. Therefore, if woman are being nominated and are completing groundbreaking work within the industry, why are they not winning? The answer is simple: biases.

Whether conscious or unconscious, biases can affect the likelihood that a woman is recognised for her work. Conscious biases are more obvious, as intentional acts of discrimination are seen as morally reprehensible. But the importance of tackling unconscious bias is invaluable to achieving an equal society.

Unconscious biases are insidious to our culture – and we have all absorbed them. They lead us to unknowingly value a woman’s intellect and achievements differently. Studies have shown that, when people are handed CVs from a female and male candidate that are otherwise identical in experience and achievement, the male candidate is significantly more likely to be successful.[1] This physiological phenomenon is very likely to be present when assessing the nominees for the Nobel prize.

There are steps we can take to improve the current situation. Positive action is an accepted – yet somewhat controversial – way of ensuring better equality within employment. In the UK, this means selecting a candidate from an under-represented group so long as he or she is no less equally qualified compared with other potential candidates. A similar framework could be applied to receiving accolades in an attempt to tackle unconscious bias.

There are other, less drastic steps that could be taken, such as those pioneered by the Athena Swan Charter. Established by the Equality Challenge Unit in 2005 to encourage the advancement of women in science, technology, engineering and mathematics (Stem), it rewards academic institutions who show commitment towards advancing gender equality, address unequal gender representation, tackle the gender pay gap and remove obstacles which hold back women. The award is noteworthy and adds to an institution’s reputation – encouraging institutions to think of gender equality and put the mobility of women at the forefront of their planning.

Much like positive action, the Athena Swan award forces people to think about gender issues. It may be beneficial to take the essence of the Athena Swan scheme – establishing a threshold – and apply it to the decision-making process of the Nobel prize. By increasing the number of women who receive the accolade, it will combat the negative stereotypes that cause us to value women’s work differently. This in turn will help to form role models for young girls and provide them with aspirational figures to encourage them to consider Stem as a career path.

Ideally, we want to know that we are awarded prizes because our work is worthy, and that no other factor has been taken into account. However, we have seen repeatedly that this is not happening when it comes to the work of women, regardless of their eligibility. Unconscious bias is currently forming a barrier to progress, and until we broaden awareness of the issue and help people to recognise their own internalised issues affect the way we perceive the value of women’s work, the role of positive action is incredibly important.

We have work to do before we see better representation in science and more women on the list of Nobel laureates. Hopefully, we will see women being recognised for their work in 2017.

Alice Gray is a science blogger based in Cardiff, UK and founder of Gray Matter