What we mean when we talk about bonds

The chemical bond is still a matter of lively debate among chemists, even a century after Gilbert Lewis introduced his electron pair bonding concept. There are disputes about what is and what is not a bond, about different types of bond and how we should define bonds. 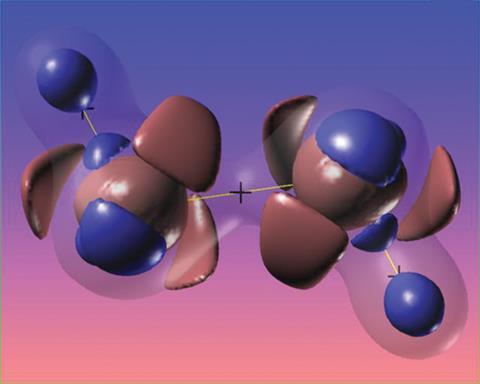 Molecular orbital theory helped to generalise Lewis’ concept beyond sets of atoms linked by electron pairs, as in such fundamental molecules as benzene and diborane – the paradigms of delocalised bonding and three-centre-two-electron bonds. But ‘bonding’ covers even more. As well as the covalent bonding of Lewis’ electron pairs, students are expected to become familiar with ionic and metallic bonding, and with intermolecular attractions such as hydrogen bonds and van der Waals interactions.

Gratifyingly, two of the foremost voices in these debates, Gernot Frenking and Sason Shaik, have recently edited a two-volume book devoted to The chemical bond, which attempts to capture the various different methods of defining and describing bonds.1 Their effort is certainly not a field guide to the forest of bond types, nor is it an introduction for non-specialists. Rather, it is a good reference source for those interested in understanding the theoretical foundations of chemical bonding. However, even the uninitiated will see the breadth and depth of approaches that have been developed to try to understand this fundamental concept.

Together with a recent compilation devoted to theoretical inorganic chemistry,2 these works shows the extent to which computer-aided quantum chemistry is being applied to a wide variety of chemical systems to help understand and predict their bonding, structure, reactivity and properties.

In this respect, the late Richard Bader’s atoms in molecules (AIM) theory is one of the most widespread methods used to codify bonding, reducing the complexities of molecules’ electron densities with mathematical elegance. Using a topological map of a system’s electron density, Bader defines bond critical points (bcp) – saddle points in electron density such as found in the region between bonded atoms – and bond paths that pass through these bcp, joining the electron density maxima of neighbouring atoms. Some interpret these as diagnostic criteria for the existence of a chemical bond.

And yet others maintain that this description is unsatisfactory – it’s clear that the definition of bonding is still far from agreed. A few years ago, Shaik and Frenking, together with Ronald Gillespie and Bader, participated in a round table discussion on this topic at a conference in Sant Feliu de Guíxols in Spain. The heated debate focused mostly on the meaning of these bond paths and bcps. For a problem arises when one inverts the terms and claims that a bcp implies a bond, because bcps may appear, for example, between two neighbouring hydrogen atoms in a biphenyl molecule, which are commonly thought to present a steric repulsion. Another system that prompted much discussion is a helium atom encapsulated by a fullerene, which presents bcps between the helium and each carbon atom of the cage – must we really call these bonds? 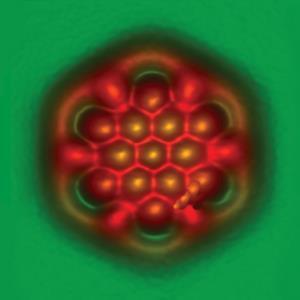 Atom-scale microscopy techniques allow us to â€˜seeâ€™ bonds, but these have done little to settle the debate

That debate has cooled down in recent years but is not settled, and there will probably continue to be a lack of general agreement on what is a chemical bond. For instance the old dispute on whether there is a sextuple bond or not in Cr2 has been revived and reshaped in a debate on the existence of a quadruple bond in such a simple molecule as C2. Interestingly, in the debate over the purported quadruple carbon–carbon bond, Frenking and Shaik defend opposing views.3–5

Why bother with bonding?

One might be tempted to think that these debates are of little relevance beyond the community of theoretical chemists. Will our lives be affected by how we define weak non-covalent bonds? Or by knowing the bond order of C2? Probably not directly, nor in the short term. But we must not forget that chemistry is all about connecting and disconnecting atoms to form new molecular or supramolecular objects. So understanding the ways in which atoms and molecules can be held together should play an important role in developing new chemistries. The Lewis electron pair model, for instance, led to a spectacular development of molecular chemistry throughout the 20th century, while the comprehension of hydrogen bonding and host–guest ionic interactions, among others, has resulted in the burgeoning fields of supramolecular chemistry and crystal engineering.

Moreover, it’s clear that bonding holds an irresistible attraction for chemists, and even non-chemists. Recent improvements in direct tomography using hard x-ray scattering, scanning tunneling and atomic force microscopy have given us images of chemical and even hydrogen bonds that fire our imaginations and spark conversations about this essential idea. (Although there are warnings that the H-bond images might be an artefact). While it seems unlikely that those techniques will solve the problem of providing a definitive criterion for deciding where there is and where there is not a bond, they nevertheless add to the debate and provide an opportunity to inform our theoretical discussions with experimental evidence. 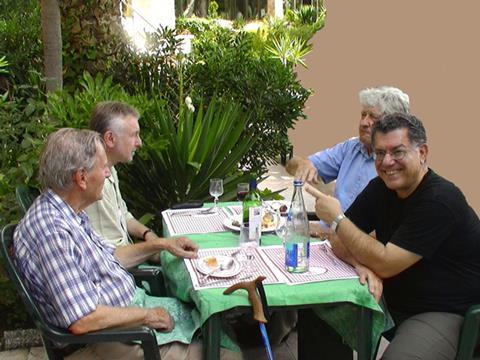 Roald Hoffmann points out that not understanding something, or even understanding it incorrectly can still lead to a model that brings about an advance. We must not forget in that regard that Lewis electron pair theory was only subsequently interpreted in the light of quantum mechanics a few years later. For example, Hoffmann thinks that hydrogen bonding can be explained through the donation of lone pairs into s* orbitals (ignoring other contributions such as dispersion forces, multipole interactions and electrostatics). This model also explains the angular dependence of this phenomenon, and connects up to strong, symmetrical electron-rich three-centre bonding, as in FHF–. But chemists could still make progress even with the electrostatic model of the hydrogen bond, which some think fundamentally flawed. In another time, phlogiston theory served a similar role.

Other important questions have been raised recently, for instance: how far apart can two carbon atoms be and still be bonded? Can we have a very weak bond supported by non-covalent interactions involving bulky substituents? The variety of approaches seems to validate Arthur Miller’s assertion that ‘universal theories are so wide in their scope that they are impossible to use’. But it is the nature of scientific endeavour to pursue theoretical models that allow us to describe simply what a chemical bond is, although every now and then we will probably have to be happy just unravelling one particular bond. Otherwise, theoretical chemists may become a sort of Linnean bonding entomologists.

Santiago Alvarez is professor of chemistry at the University of Barcelona, Spain