Not every reaction can be run in a bucket, says Derek Lowe, but there are limits to what should be classed as ‘useful’ 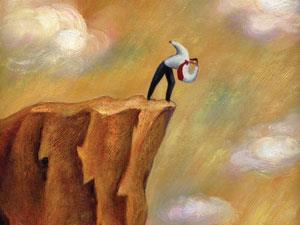 Look through a list of titles in an organic chemistry journal, or (even worse) through a book of abstracts for a large conference. Have you ever seen so many new, novel, mild, general and useful things in your life? And let’s not even mention how selective and specific they are. It’s easy to see what qualities chemists are looking for in a new reaction, because they are precisely the ones being relentlessly advertised by their peers.

But the eye of the beholder has a lot of room in it. I recall seeing a paper some years ago that touted its mild generality in the title, only to find in the experimental section that it involved heating stoichiometric amounts of white phosphorus in a sealed tube. If that’s mild, save us from the strenuous stuff. Even moving past this sort of wishful thinking, though, you can find plenty of room for argument.

Defining what’s useful is tough, but I can point out the canyons at both ends of the territory, with a warning not to fall into them

I say this from the perspective of someone who’s been doing industrial drug discovery for many years now. That means that my standards for usefulness are rather harsh, although ‘realistic’ is the way I like to think of them. I would like for a new reaction to work on at least a few compounds past what is shown in Table 1 of the paper. If the examples are all from the ‘My very first functional group kit’, things like benzaldehyde and cyclohexanone, I will assume the worst. Taking things a step further, I would like for the authors to reveal what sorts of compounds the new reaction doesn’t work on. Really, it’s not that bad if your new catalyst won’t perform in the presence of a free carboxylic acid. Just tell us. Otherwise, we’re likely to assume that you deliberately didn’t say anything about it, and that doesn’t make anyone happy.

I’d like for there to be no hidden variables that are crucial for replication – a requirement for total exclusion of oxygen, to the point of multiple freeze–pump cycles, is just one of the factors that really should be mentioned in the experimental section, rather than left as an exercise for the reader. With online supplementary information files, the only excuses for leaving out information are to be found on the list of the seven deadly sins, starting with Sloth and going downhill from there. (I realise that Ineptitude is not on the canonical list, but it should be).

Those are basic criteria for usefulness, as far as I’m concerned, and the number of reported reactions that don’t meet them is cause for concern. The recent calls for deliberate testing of synthetic robustness are just what we need to see, in my opinion. But you’ll notice that I haven’t said anything yet about the traditional definition of utility: does this new reaction do anything that anyone wants to do? That’s because that’s necessarily a tough thing to define. What I can do, though, is point out the canyons at both ends of the territory, with a warning not to fall off into them.

First, the Canyon of Triviality. Who has not felt despair at seeing yet another reagent for oxidising sulfides to sulfoxides, or to convert an oxime to a nitrile? These are not pressing problems, to put it lightly, but that doesn’t seem to stop people from addressing them. Additions to the synthetic toolkit are never totally without value, but some reactions really are much better covered than others. These sorts of results, ideally, should be the byproduct of other investigations rather than ends in themselves

At the other end is the Canyon of… well, what should we call it? Overcomplication? Decadence? This is the cliff edge that total synthesis work can end up tiptoeing along. I can well imagine that some complex intermediate needs the baroque conditions shown in step 28 to make it to the next step without disintegrating. But could those six months of effort have been better spent finding something the rest of the world could use? I run the risk of sounding like a barbarian here, and I realise that not every reaction should be suitable for running in a bucket while being stirred with an oar. There’s a temptation, though, to start regarding transformations more highly in proportion to how difficult and fragile they are, when there are many other criteria. That real world we all talk about is a large place.