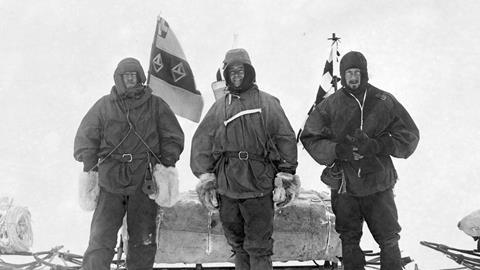 The trouble with heroism

Last year, a team of 76 women scientists from around the world participated in the largest-ever all-female expedition to Antarctica. The Homeward Bound expedition included several British scientists and coincided with an anniversary for British women in Antarctica: it was 30 years since women had first worked at a British Antarctic Survey (BAS) field station. By that time, British men had been conducting science on the continent for more than 80 years.

The UK was not entirely unique in its belated integration of women. Despite being first discovered in 1820, no women scientists had been permitted to work in the Antarctic until 1956, when Maria Klenova participated in a Soviet expedition. Argentina began sending women scientists to Antarctica only in 1968, and women were banned from the US Antarctic Research Program until 1969. The Australian Antarctic Territory was closed to women until 1974.

Landmark ‘firsts’ for women in Antarctica were generally followed by a slow and carefully managed process of gender integration. BAS, for example, first relaxed its policy on women in 1979 in response to the Sex Discrimination Act, but delayed implementation until 1983, when geologist Janet Thomson conducted fieldwork on a BAS research vessel. While women were allowed to serve on field stations from 1986, it was a year later that Elizabeth Morris became the first woman at BAS to work in the remote Antarctic field. The last male-only field opportunities were opened to women in 1996. 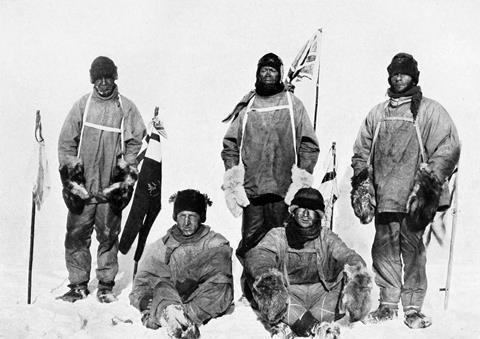 Robert Falcon Scott’s party at the South Pole. The five men, who all died, became associated with heroism in British culture for almost a century

A range of factors had underpinned the exclusion of women from Antarctic fieldwork. Early women applicants had been rebuffed with excuses about a lack of female facilities. Thomson recalled a letter of rejection one woman had received: ‘It said that… there were no facilities for women in the Antarctic, ie, there was not a separate toilet, there were no shops, there were no hairdressers…’

Excuses about facilities masked deeper concerns about sexuality in isolated environments. BAS leadership believed that women’s presence would cause ‘sexual problems’, which would spark jealousies and destabilise vulnerable station communities. In the US, Admiral George Dufek claimed that ‘women will not be allowed in the Antarctic until we can provide one woman for every man.’1

‘Women will not be allowed in the Antarctic until we can provide one woman for every man.’

Woven through these arguments was a commitment to increasingly outdated ideas about what Antarctica was and who belonged there. For most of the 20th century, Antarctica’s place in the (especially British) cultural imagination centered around heroic figures like Robert Scott and Ernest Shackleton. Adventurous accounts of their expeditions framed Antarctica as a heroic arena for the testing of British manhood. Scott’s death on the way back from the South Pole was narrated to British soldiers in the first world war as inspiration; his story featured in the education of British schoolchildren for generations.

However, the idea that Antarctica was a place for heroic men was not without contest, even during the ‘Heroic Age’. Marie Stopes, who founded the first birth control clinic in the UK, was also an accomplished paleobotanist. She requested to join one of Scott’s expeditions, but he refused. Shackleton once dismissed the application of ‘three sporty girls,’ who argued ‘we do not see why men should have all the glory, and women none, especially when there are women just as brave and capable as there are men.’ When a new British Antarctic Expedition was proposed in 1937, 1300 women applied to join. They were all denied. 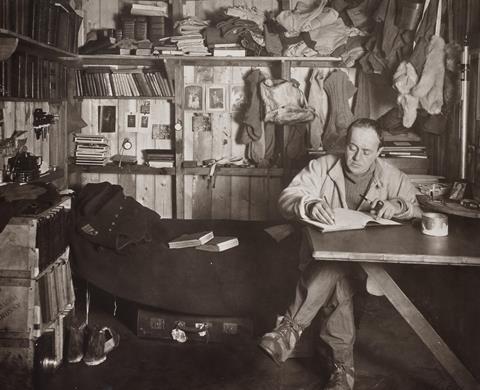 In 1961, when BAS was founded, the newly passed Antarctic treaty set the continent aside for peaceful scientific purposes. But while BAS was the UK’s official state scientific institution in the region, it also was the most recent incarnation of a proud tradition of exclusively masculine British achievement. Such heroism has always had a mythic quality, which belies the mundanity of actual day-to-day work. Antarctic leaders from several countries were aware of this tension and of its relationship to gender in Antarctica. In Dufek’s words, women’s presence on Antarctic bases would ‘wreck the illusion of being frontiersmen going into a new land and the illusion of being a hero’.2

‘Perhaps you feel our crinoline petticoats will inhibit our research?’

Women, too, were aware that they were fully capable of contributing to BAS’s world-class field programmes. As one woman argued: ‘Perhaps you feel our crinoline petticoats will inhibit our research? If, however, you have discovered a major biological factor why females cannot live in tents I am sure that the science world as a whole will be most intrigued to hear from you.’3

In the UK, Antarctica’s heroic veneer began to crack in the late 1970s. Roland Huntford published an influential revisionist history of Scott’s last expedition, making a mockery of his hero-myth.4 More modern narratives soon gained traction: when BAS scientists discovered the ozone hole in 1985, a narrative of scientific achievement became dominant. Scientific narratives of Antarctica could not have been gender-neutral given the ongoing marginalisation of women from science, but Antarctic scholar Lisa Bloom argues that they still offered greater conceptual potential for embodiment by women than did narratives of heroic adventure.

Progress continues for women in Antarctic science. BAS is now led by its first female director, Jane Francis, and holds a bronze award from the Athena SWAN gender diversity programme. International projects like Homeward Bound and the Scientific Committee on Antarctic Research (Scar) women in Antarctica ‘wikibomb’ also continue to expand the image of both the continent and the research performed there.

Hopefully, with these broader narratives we can provide more diverse role models – and inspire the next generation to see Antarctic science as an inclusive field.

2 C Ludecke, L Tipton-Everett and L Lay, National and trans-national agendas in Antarctic Research from the 1950s and beyond, Byrd Polar Research Center, 2011