Where are the Covid-19 drugs? 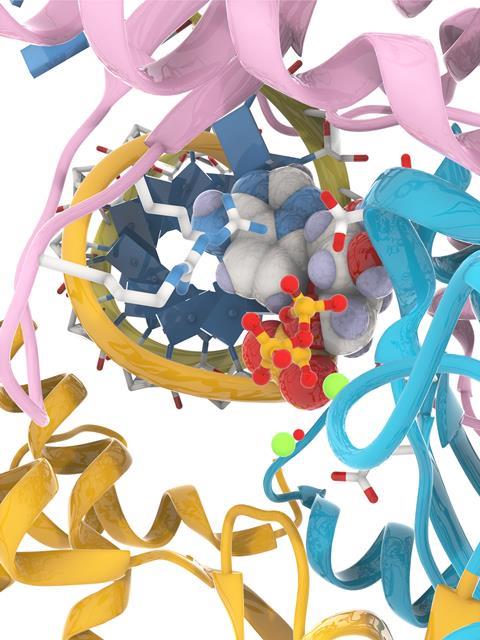 Each viral polymerase and protease is just different enough from the others to require a completely bespoke approach to developing effective, selective inhibitors

Watching the pandemic working its way through country after country has been very frustrating for medicinal chemists. Here’s a disease that’s crying out for medical intervention, and here we are: the very people charged with discovering new small-molecule drugs. So why haven’t we stepped up and come up with a treatment for this thing?

There actually are several such drugs in clinical trials, although no one knows at the moment how effective they’ll be, or whether they’ll arrive in time to make any difference. The ones under development tend to fall into two classes: inhibitors of the viral RNA polymerase, and inhibitors of the viral main protease. Fine, then: we know how to make polymerase inhibitors and protease inhibitors, so what’s the problem? Well, the problem is that every project like these is a new puzzle all its own. All of these enzymes are different enough from each other that a really effective inhibitor is a bespoke work of art, tailored just so. And that tailoring is not only to make the drug extremely potent against the desired target, but also to make sure that it’s not similarly effective against a lot of human enzymes that we don’t want to shut down at the same time.

Polymerase inhibitors, for example, are almost always nucleoside derivatives – that’s our best trick in that area by far. Remdesivir is one such, not that it’s particularly effective this time around. The Merck & Co–Ridgeback–Emory University compound molnupiravir (which was in development before the pandemic) is another. These get taken up by the enzyme machinery as if they were the right piece for the developing RNA sequence, but incorporating them causes the enzyme to choke and stutter as it attempts to go on: errors start to pile up, followed by eventual breakdown. It’s a heartwarming sight when a pathogenic virus gets treated this way, but the trick is to find some modified nucleoside that’s acceptable to the viral enzyme in the first place, while being extremely unacceptable once it’s been incorporated and doesn’t cause the same thing to happen to human enzymes that are also looking to use nucleosides.

There are three promising candidates in development against Sars-CoV-2’s polymerase and main protease, but it’s likely we will need many more attempts to develop truly effective treatments

As for the viral protease inhibitors, they’re a much more chemically varied lot. The viral main protease (Mpro) is the first enzyme that gets to work after a coronavirus particle has infected a cell; shutting it down would bring things to a wonderfully screeching halt. But there are a great many proteases out there in human cells, so getting selectivity is often the hard part. Pfizer has a new MPro inhibitor in human trials (PF-07321332), and its progress is being watched with great interest. But to be honest, we may well need both of these drugs (or others like them) to work for a really effective therapy. I say that because of how things have gone against other viruses – the only two viral diseases that we can really treat well are Hepatitis C and HIV, and in both cases a simultaneous combination of drugs with just these sorts of different mechanisms is reequired. Viruses reproduce so quickly (and throw off so many mutations, in most cases) that they can evade single-drug treatments all too readily. The Sars-CoV-2 coronavirus is very unlikely to be an exception.

As the fine legal print says in the US, no warranties are expressed or implied and past performance is no guarantee of future results. Either or both of these compounds could fail by not being effective enough or by having too many side effects. These really are small-molecule drug discovery’s best shots at new therapies, so if they fail then so has medicinal chemistry research, at least for the time being. But remember: most drug candidates fail, most of the time. If my field of research comes up empty this time, I’ll be sad but not necessarily surprised. Medicinal chemists have taken on viruses before, and many times the viruses have won. We have had our successes, but they have taken a lot longer than two years to bear fruit, and a lot more drug candidates than the first ones that made it into the clinic. Like everyone else, I hope for better this time, but it would be good to be prepared for the usual.