Look to the future 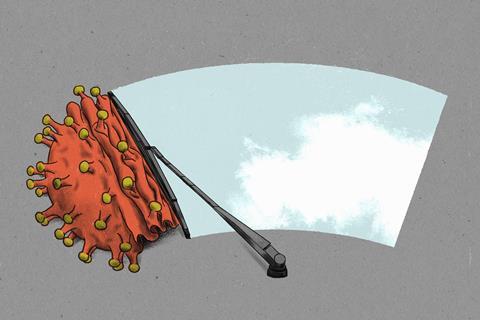 As I write, it seems possible to pick out the end of the pandemic in the distance. Mass vaccinations are starting to make a real difference in several countries, and that appears to be the way out of all this, as many had thought. So I’ll put on an optimistic outlook and ask how this experience could affect drug research once it’s all over.

On a personal level, I think that most people will take the opportunity to plunge back in (with great relief) to all the activities that the pandemic has curtailed. The experience of having travel and a lot of simple human association disrupted so thoroughly and so unexpectedly will sharpen many a person’s appreciation of them (at least temporarily). We’re not done with video conferences, though. There is no substitute for being able to work at the bench with the reagents and equipment you need, but I would not be surprised to see non-bench days and non-bench duties being handled remotely more often than they used to be. Being 100% off-site has not been a great experience, but being on-site just to be one of 30 people in a room watching slides go past is not necessarily a great use of one’s time, either.

I hope for greater emphasis on broader-spectrum antiviral therapies

What about the lab work, then? One thing I hope for is greater emphasis on broader-spectrum antiviral therapies. The two viral diseases we can truly do something about are HIV and hepatitis C, and we got to that point by a huge amount of long-term focus on mechanisms and targets particular to each virus. But new pathogens are a challenge for that approach. We should aim for a larger portfolio of generally acting compounds that might not stop any particular virus in its tracks but could at least be useful when something new comes along. This is not a new goal (see remdesivir), but the hope is that a compound like molnupiravir (discovered at Emory University in the US and under development now by Merck and Ridgeback Biotherapeutics) might point the way to a new generation of compounds that target general RNA virus replication. DNA viruses need similar attention.

More broadly, I also hope that we take on some clinical research lessons. Frankly, there have been far too many underpowered trials over the last year. It was understandable in the early pandemic that people would try all sorts of therapies in small groups of patients, but that never seemed to stop. The NHS’s Recovery effort was a strong and welcome exception, but in the US, while the NIH did pitch in with some key trials, the situation was far more disorganised. Too often, there were trials whose only conclusion was that someone needed to run a decent trial, which isn’t very helpful. It was a real-life illustration of the old line ‘Something must be done! This is something, therefore it must be done.’

One thing that actually is going to change forever, though, is vaccine development. The startling success of the mRNA platform is the most visible evidence of this, but the deployment of adenovirus vectors on a huge scale is another. The pandemic has affected vaccine work in the way that the second world war affected aircraft design – although of course the two platforms mentioned had been in development for years, and we have been very fortunate that they were ready to deploy. We have also been very fortunate that the current coronavirus is so similar to Sars in 2003, and we need to recognise that we probably won’t be so lucky next time.

Implicit in these last paragraphs is the idea that we will eventually see another pandemic. Unfortunately, I think that’s inevitable. People had, after all, been talking for years about the possibility of what’s just happened, and there is no reason whatsoever that it can’t happen again. Viruses mutate; viruses jump species – it’s been that way for a billion years and it’s not going to stop. What’s different now is that we have evolved brains and intelligence, fitful though it is, and we can fight back. The vaccinations going on now are an example of just that, and I hope that next time we can do even better.