The conductive power of metals has been exploited for generations

In the noble army of solids, the metals form a regiment of their own. They have always been of vast technical importance because of their valuable properties, and in particular their ability to conduct electricity.

The best electrical conductors are silver, copper, aluminium and sodium. Silver, of course, is far too expensive for commercial use. Nonetheless the Manhattan Project, the research in the US that led to the atomic bomb and ended the second world war, used US Treasury silver. Natural uranium is mainly uranium-238; it contains only 0.7% of the uranium-235 needed for the bomb. US physicists looked at many possible ways to enrich it, including using a mass spectrometer to separate the different isotopes. A specially designed mass spectrometer was wound with copper wire, but that had too much electrical resistance, so the US Treasury had to be persuaded to have its silver drawn into wire instead. It was still not good enough. The bomb was finally made from uranium-235 enriched by the gaseous diffusion of uranium hexafluoride through a porous membrane. Despite increasing protests from the Treasury, the physicists hung onto that silver for years – they argued that nobody could steal it! These days, the gas centrifuge is slightly better at separating isotopes. 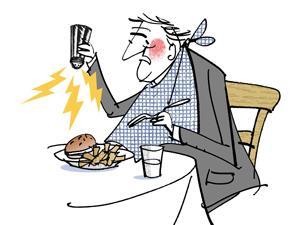 Most everyday electrical gadgetry is based on copper. It is turned into wires of many sizes, coated onto circuit-boards, put into motor-brushes and terminals, and is universal throughout the electrical industry. And yet aluminium is almost as good a conductor. Indeed, it is so much lighter that weight-for-weight it is better. Accordingly, the UK National Grid, whose pylons and cables cover the country, uses aluminium wire.

The suspended cable has to be very strong, so the wire needs to be reinforced by steel. The wires that cross the rivers Severn and Wye weigh many tonnes. They have 78 aluminium conductors around 91 galvanised steel wires. They span almost a mile, but clear the water by over 40m. Less dramatic spans use thinner cable; but still exploit aluminium for conduction plus steel for strength.

The last of the four best metal conductors is sodium, which is made by electrolysing sodium chloride – familiar to most as common table salt. Chlorine – the other product of the electrolysis – has many chemical uses, but sodium has almost none. It was once used in making sodium-lead alloy for tetraethyl lead in petrol, and as a coolant in nuclear reactors. Both uses were at best very limited, and both are under a cloud at the moment.

But salt contains a fixed proportion of sodium, and so many chemical companies have tried hard to devise a use for it. Among them was the Union Carbide company, which invented an electrical sodium cable in the 1960s. The big trouble, of course, is that sodium reacts dangerously with air and water, and melts at a mere 98°C. Union Carbide researchers came up with the idea of putting the metal in an insulating polyethylene tube. Even with the open end doused in water, the ignition did not spread far up the tube. They invented various ways of joining it safely to transformers and so on. One neat advantage was that, even if it carried such a heavy current that the sodium melted, the polyethylene did not melt, and retained the metal. Even better, the resistance of sodium rises on melting, reducing that heavy current. Sadly, the new cable got nowhere. Electrical fitters preferred stable old copper. And scientists continue to search for a good use for sodium.