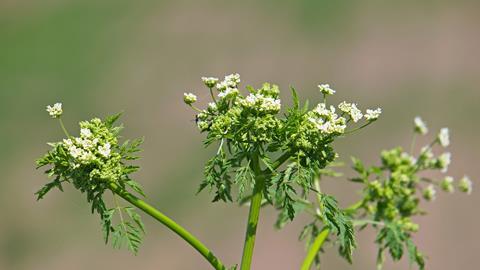 Josh Howgego reveals the poisonous nature of this deceptive compound

This week beware of the poison, as its appearance resembles that of a parsnip but don't be fooled. Revealing the true toxicity of this deceptive plant, and the compound causing it, it's Josh Howgego.

Hear the word 'hemlock' and we instantly think of something malevolent. Hemlock is actually a plant, which can grow up to 10 feet tall on the marshes and wetlands across Europe. It has long white roots which look quite a lot like wild parsnips. But don't be fooled - it would be a serious mistake to cook these bad boys up for a Sunday roast.

Hemlock is also known as poison hemlock and, true to its name, the plant is extremely poisonous. That's because it contains eight or so toxic compounds known as alkaloids. The most deadly of these is coniine - or 2-propylpiperidine, to give it its systematic name. 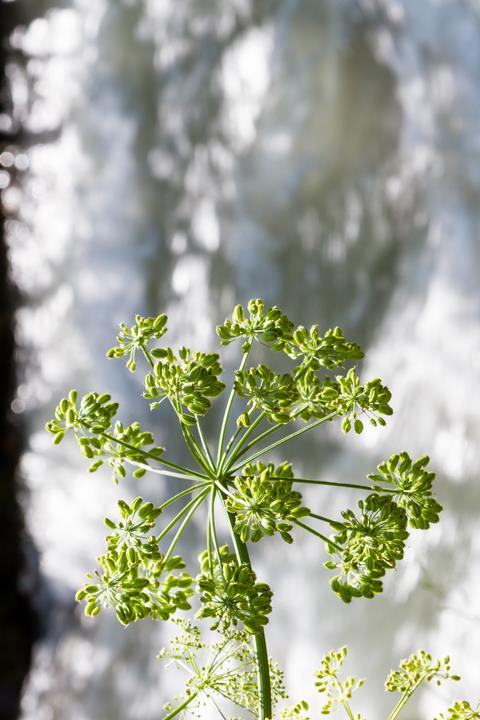 It's no coincidence that the word alkaloid sounds a bit like 'alkali'. Alkaloids are often found in plants which were known to be alkaline. They became known as the 'vegetable alkalis', and the term 'alkaloids' evolved from there.

Chemically, alkaloids are tricky to define: beyond containing nitrogen, there is no hard and fast rule to decide what it is exactly that constitutes an alkaloid. Amino acids, for example, aren't considered alkaloids. In fact, they're characterised by their diversity as much as anything else - they can be very simple, like methylamine (the molecule famous for being responsible for the smell of rotting fish) or very complicated, like the interconnected, fused-ring structure of morphine.

In terms of complexity, coniine is somewhere in the middle, and its structure is reminiscent of a portion of nicotine. Like nicotine, it has a strong effect on the nervous system - that's how its toxicity arises. To understand how it works we need to journey into a synapse: the junction between nerve cells, and a world where chemistry is in charge.

Impulses travel along nerve fibres as tiny electrical currents, but when the signal approaches the end of the cell, it causes tiny vesicles near the synapse to move towards the cell's end. There, they fuse with the cell membrane and eventually burst out of the cell, releasing a payload of neurotransmitters. These chemical messages diffuse across the synapse, and hit receptor proteins on the surface of the next nerve cell along, where they bind and propagate the impulse.

But because the synapse is such an exposed environment, alien to the controlled conditions inside a cell, it is susceptible to all sorts of chemical interference. This is where coniine comes in. It binds to the receptor proteins on the second neurone and changes their conformation so that they are locked open; chemists call such molecules 'receptor agonists'.

This means that the neurone is hyper-sensitised to the chemical stimulus of the neurotransmitters and keeps firing impulses long after it would normally have stopped. The affected nerves control muscles all over the body and the result is a total loss of muscle control; with the controlling nerves permanently switched on, no meaningful instructions can get through.

The central nervous system is not usually affected, so the result of coniine poisoning is particularly horrible. What happens is that your body is slowly but surely paralysed while you're still fully conscious, starting at the feet and rising until eventually even the muscles surrounding the vital organs become affected. Death is caused when the diaphragm stops contracting and oxygen stops getting to the heart. But on the plus side, the poison wears off after about 24 hours, so if you are kept under artificial ventilation it's possible to make a complete recovery. 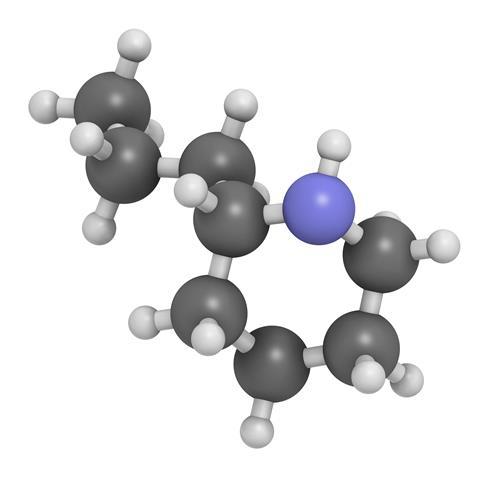 The most famous person to ever fall foul of coniine - unfortunately born before the advent of life-support machines - was the Greek philosopher Socrates. It was his 'Socratic method' which laid the principles for the modern idea of the scientific method, of course. We don't know very much about Socrates for certain. Given how famous he is, it is strange to consider that he never wrote a book or even so much as a pamphlet. All of what we know about him comes from the writings of his equally famous student Plato and some of his contemporaries.

According to the accepted tradition, Socrates had served in the Athenian army, but in his later years he took to debating moral and ethical issues in the marketplace of his native Athens. He constructed sophisticated arguments, including inductive inference, to pick holes in the world-views of anyone who would care to listen. Although he was a great thinker, at the time, people understandably found this quite annoying.

He had a particular habit of criticising his fellow Athenians' morals; he disliked the political system of the time and he was tried and convicted for corrupting the youth and 'impiety'. The story goes that, as an honourable man, he was expected to accept his conviction and take his own life by drinking a concentrated infusion of hemlock.

So that's the chemistry of coniine. We've been back in time to ancient Greece, and into the tiniest spaces between your cells. The places chemistry can take you are quite amazing.

So Greek tragedy and poisoning through paralysis - best to keep away from the compound coniine. And bringing you that deadly insight was Josh Howgego. Next week, things get a lot sweeter.

Do you enjoy jam on your toast in the mornings? Or are you more of a marmalade person? What about cranberry sauce at Christmas, or redcurrant jelly with your roast lamb? Without pectin to add some structure, these sweet treats would be nothing more than runny liquids.

But anyone who has made jam will know that it's not always as easy as it sounds - you need the right balance of pectin, water, acid and sugar, and if the conditions aren't quite right, your jam could be rock-hard, runny or grainy.

And to find out these conditions and the chemistry enabling the production of your favourite jams, join Jessica Gwynne in next week's Chemistry in its element. Until then, thank you for listening, I'm Meera Senthilingam.