Clearing the Air: The Beginning and the End of Air Pollution

At the time of writing this review, London had just introduced its Ultra Low Emission Zone (ULEZ) – a scheme that will see drivers of the most polluting vehicles charged when they enter the city centre. The ULEZ aims to reduce congestion and tackle the city’s air pollution problem, something that London’s mayor Sadiq Khan describes as a ‘public health emergency’. 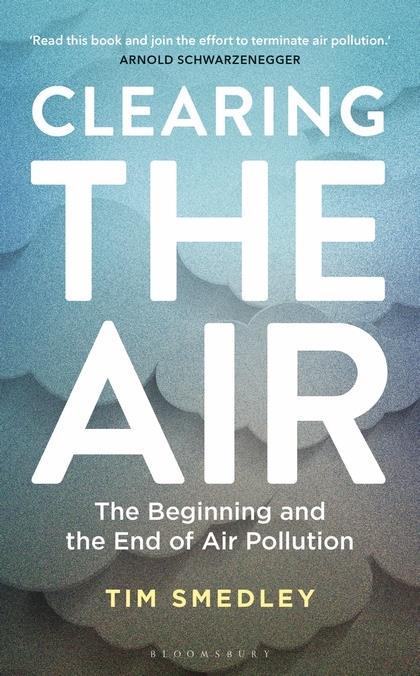 London’s smoggy atmosphere isn’t an isolated case. All urban areas are affected by air pollution, and in most of the world’s larger cities the problem is severe. In Clearing the Air, journalist Tim Smedley examines the blight of air pollution and puts forward his vision for how we can tackle the problem on a personal and societal level. He begins by introducing us to common forms of pollution: NOx gases, SO2, ozone and particulate matter being some of the worst offenders. This is followed by a brief but fascinating history of air pollution, stretching back to the first uses of fire by early societies.

The message is driven home with a detailed look at the health impacts of these pollutants during all stages of life – from increasing the number of babies born with heart defects, to raising our likelihood of developing dementia in old age.

The second half of the book describes the efforts that are being implemented around the world to confront this challenge – measures similar to (and in many cases more ambitious than) London’s ULEZ. A significant factor is the push to replace traditional petrol and diesel powered cars with electric modes of transport.

I’m particularly pleased that Smedley also shines a spotlight on the under-scrutinised scandal that is the dirty fuel used by the international shipping industry – something that is virtually unregulated. One figure that leapt from the page was that a single mid-size cruise ship releases the same amount of sulfur as 376 million cars.

Clearing the Air is incredibly well researched with plenty of numbers and facts to back up Smedley’s arguments. If I have one criticism it’s that there are almost too many stats – at points the flow feels disrupted by Smedley trying to cram in that one extra figure or reference.

The book finishes with Smedley’s blueprint for a greener, clean air future. This comprises two short lists of actions that can be taken by readers and local governments to rid their streets of pollutants. It’s difficult to disagree with any of these suggestions.

Having finished the book, I definitely feel more informed about the issue of air pollution and the urgent need to improve the air quality in our towns and cities. But I’m also left optimistic about the possibility of tackling such a daunting problem, having read about fantastic initiatives that are making progress across the globe, from Los Angeles to Beijing.

This is an important book and one that I whole-heartedly recommend. Even if politicians are slow to take measures about the air quality where you live, Clearing the Air will help you to play your part in creating a cleaner and healthier future.