Brake dust damages lungs as much as diesel exhaust fumes 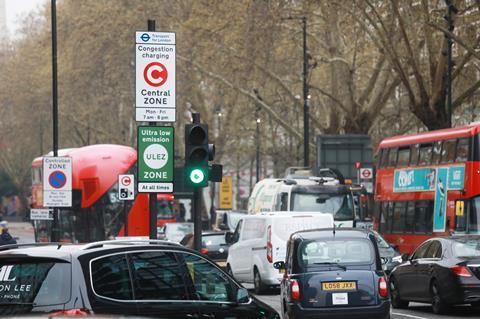 European and American governments have no directives to monitor air pollution resulting from the wear and tear of cars. Yet, a study showing that the metallic components in brake dust disrupt airway immune cells on the same scale as diesel emissions could set the wheels in motion to change that.

Brake dust in urban areas currently makes up around 21% of traffic air particulates, but this is set to rise as regulations on diesel vehicles come into effect. With this information, a team led by Ian Mudway from King’s College London in the UK collected brake dust, produced under conditions representative of modern urban life, to investigate its effects on the immune function of human lungs. The team exposed lung cells to both diesel exhaust and brake dust particles to compare the toxicity of each. Their data showed that both pollution sources increased inflammation markers and impaired the ability of immune cells to ingest bacteria (called phagocytosis), which is the body’s primary mechanism for protecting the lungs against infection.

The study highlights how exposure to vehicle-derived pollution decreases the lungs ability to prevent infection and may be why such infections are more common in urban environments.

Furthermore, adding a metal chelator alongside the pollutants restored the cells ability to fight bacteria. This suggests that the high metallic component of brake dust causes the damage. The team detected raised levels of vanadium after exposure to both pollution sources. They say vanadium may disrupt cell function by interacting with isolated mitochondria, increasing the free radial production in the cell.

‘This is a motivation to also target and regulate non-tailpipe emissions from vehicles, to properly benefit public health,’ says Clare Heaviside from the Environmental Change Institute at the University of Oxford, UK.

Interestingly, cellular activity recovered after 24 hours in a pollution free environment. Wayne Carter, an expert in the health effects of environmental toxins from the University of Nottingham, UK, says ‘It is reassuring that challenged cells are able to regain their phagocytic function after a period free from particulate challenge, but this underscores the need for regular respite from potentially toxic roadside exposures.’