In 1913, French physicists Charles Fabry and Henri Buisson discovered a protective chemical blanket between the Earth and our neighbourhood nuclear reactor, the Sun. This blanket is better known as the ozone layer – the section of the stratosphere with the highest concentration of ozone (O3), a pale blue inorganic gas that shields us from many of the Sun’s harmful rays. Without it, researchers predict that life might not even exist on our planet. The ozone hole above Antarctica has therefore rightly been a focus of much research, concern and policy intervention.

But what about rising ozone levels elsewhere in our atmosphere?

While ozone higher in the atmosphere protects us from UV radiation and is beneficial for human health, ozone is harmful to breathe and therefore a pollutant down here at the surface. It isn’t directly emitted into the air, but rather forms when other pollutants, such as methane and nitrogen oxides react with sunlight. Mar Viana, an environmental scientist at the Spanish Research Council, has been leading a team exploring ozone levels in the troposphere – the lowest layer of the atmosphere.

Viana and her team have been raising awareness of rural ozone pollution in three European countries. ‘It’s an exposure problem that occurs in remote areas, in rural areas, because ozone is formed during transport of air masses from urban to rural areas,’ Viana says. ‘Everybody in the rural areas generally thinks they are breathing clean air, whereas in actual fact they are breathing polluted air.’ 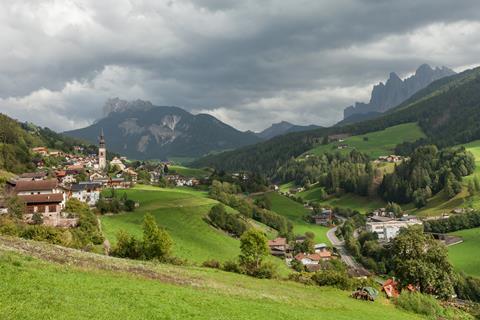 Viana and co-workers recognised that awareness of this pollution could be increased by involving the public in experiments that record levels of ozone. In 2016, the team started the Captor project – setting up ozone sensors in homes across rural areas of Spain, Italy and Austria. Working with local non-government organisations (NGOs) was an essential part of the recruitment process. Specialist teams selected participants who were environmentally aware, interested in air quality and whose homes also met the technical requirements for the project: Wi-Fi connectivity, an outside power source and a location at each property that allowed air to flow across the sensor once installed.

In the first year of the project, just 30% of the expected data was collected due to teething problems with the technology while the sensors were being built. These issues were fixed in time for a second summer of data in 2017 – and virtually all participants continued to collect data in the third year of the project, too. Information recorded was uploaded to the project website in real time, so that participants could immediately see the levels recorded in their homes. Once validated at the end of the collection period, the results were published openly so that anyone could access the information.

The low-cost sensors are not accurate enough to replace regulatory-grade air monitoring systems, but that was never the intention of the project. Viana’s team instead sought to verify the quality of sensor technologies and their role in raising awareness of air quality and pollution.

‘[The sensors] cannot be used to check compliance with any international standards,’ Viana explains. ‘But they can be used to convince people that there is a problem, to be aware of their exposure and this is how the next natural step was to start working on citizen science to see applications of these sensor technologies.’

Validated sensor data was shared with participants in reports that detailed the levels of ozone detected by their sensor, and compared the figures with other data collected in their area. Importantly, uncertainties in the data were also reported, although this was one of the trickier parts of the project to communicate.

‘The general public like to know a certain value – whether it’s high or low, they want a value,’ says Viana. ‘They don’t want a value plus or minus something, that seems to be too much information … I’m happy we were able to communicate that there was a problem with ozone, to communicate the concentrations that we did, but I think that the message of the uncertainty was lost.’

The next step is to compare recorded Captor data with ozone levels calculated by a computational model that predicts the levels of ozone across large areas. Captor sensors will provide many more data points to be used in conjunction with data from official air monitoring stations.

For many of the Captor team, this project was a first foray into citizen science. They intend to continue working together with community members: for example, Viana is partnering with school students in Barcelona to record urban pollutants. This is part of an increasing trend, which has seen agencies that fund research into air quality and environmental science encourage the involvement of the public in research projects. Following her experiences, Viana believes that this is a really good thing. ‘We’re always interested in learning more, maybe more detail about specific topics which means that then we lose focus of what is useful sometimes for society, for citizens … It is great that we are now forced to team up with social scientists and NGOs, because that way we bring science out of the labs.’