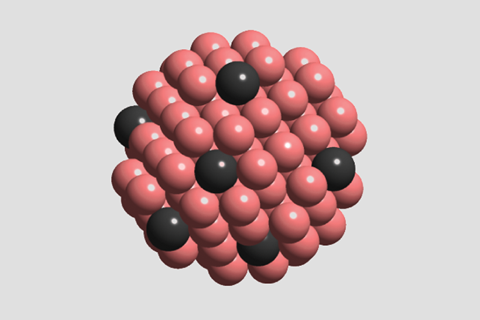 Petrol and diesel engines generate nitric oxide (NO) and nitrogen dioxide (NO2) – collectively known as NOx. Current catalytic converters reduce NOx to nitrogen, but only do this efficiently once warmed up. This means most pollution escapes in the five minutes after drivers turn the ignition. Catalytic converters also struggle to operate at low temperatures without releasing some nitrous oxide (N2O), instead of just nitrogen, because converting nitrous oxide to nitrogen requires temperatures over 300°C.

The catalytic system in this research is the first to completely remove NOx below 200°C. Led by Shinya Furukawa, the team based at Hokkaido University in Japan managed this whilst simultaneously using 90% less palladium than a non-alloyed palladium catalyst.

Single atom alloy catalysts like this one are a subset of single atom catalysts, which usually involve single atoms supported on an inert support that doesn’t play a role in the catalytic transformation. That’s not the case here.

Most catalysts bind reactants and intermediates enough to break bonds within the molecule, but not so much that the product cannot escape. Single atom alloys, however, can sidestep this tradition: the reactants and products bind in different ways with the two atom types, for example allowing strong binding at the active site but weak binding elsewhere to allow the product to move away from the catalyst.

Jiang says the work could act as a foundation for designing single atom alloy catalysts in a different way. ‘It would be great to be able to predict bespoke bimetallic or multi-metallic combinations for given reactions of interest,’ adds Stamatakis. ‘This would save a lot of time in trial and error experimentation and would accelerate innovation in the field.’