Liquid: The Delightful and Dangerous Substances That Flow Through Our Lives 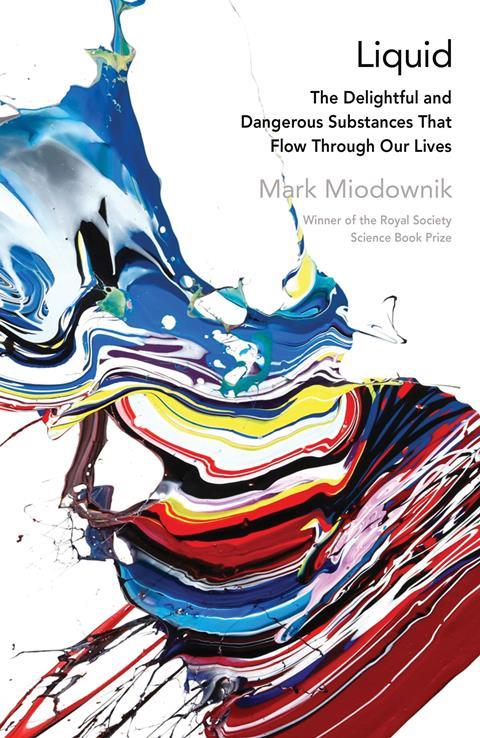 Materials engineer Mark Miodownik’s second book Liquid – which follows the hugely successful Stuff Matters – tells a story about the complexity and diversity of the liquids he encounters on his way to a conference in San Francisco.

A word of advice: do not start this book on a plane! The book opens as Miodownik sits down on the plane from London to San Francisco and is inspired to think about the fact that the plane is full of kerosene – an explosive 10 times more powerful than dynamite – and no one thinks to mention this in the safety demonstrations. While the scientist in me appreciates the explanation for the ‘understated nature of the phrase “loss of cabin pressure”’, I must admit that it was not ideal to be reading those words as I listened to my own plane’s various safety announcements waiting to take off!

This book is full of historical lessons and stories about the first oil lamps and the growth of whaling, or George Orwell’s 11 rules for the perfect cup of tea, or the fact that oil paints dry via polymerisation. There are lovely explanations and anecdotes about the science and chemistry behind everyday objects like biros, superglue, and the Irish Sea. I learned a lot while reading this book. I have a newfound appreciation for sticky tape, for example, which I now know is made of three layers: An adhesive layer, cellophane (for mechanical strength) and a non-stick layer so that the tape can be rolled up without getting stuck to itself. That’s an incredible feat of engineering for something we take for granted.

I enjoyed the anecdotes and the explanations, but at times the book read like a diary entry or a stream of consciousness, with ‘interruptions’ such as a trip to the bathroom or scenes from the movie Miodownik watches on the plane used as transitions and segues between topics (like liquid soap and liquid crystals). This writing style isn’t for everyone, and personally I found it a little rambling and disjointed after a while.

Having said that, there is much to learn in this book, and much to love. Just don’t start reading it on a plane.