In association with Commonwealth Chemistry

Want to commercialise your scientific skills and knowledge? Join our webinar for presentations and a panel discussion with a diverse group of experts

Across the globe chemical landscape, scientists are breaking new ground as they search for answers to some of the most pressing issues facing our world. Brilliant teams and individuals are unlocking new ideas that hold the potential to benefit their entire communities and beyond. But the path from a great idea’s conception to its implementation and commercialisation, and ultimately the realisation of its benefits, is not always smooth or well supported.

That is why Commonwealth Chemistry and Chemistry World  worked together to host an inspirational free-to-attend webinar for anyone based in the Commonwealth.

Register and watch the recording to enhance your knowledge of this non-technical area by hearing from an expert panel about their experiences turning their knowledge, skills and research in the chemical sciences into viable and exciting businesses around the world. 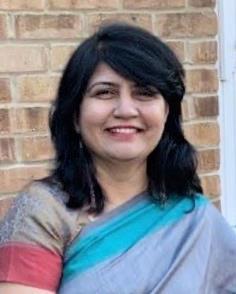 Suphiya Khan is Associate Professor and founder of spin out company Drumlins Water Technologies Pvt Ltd., at Banasthali Vidyapith which is the world largest residential NAAC A++ WOMEN University. She is the recipient of many national and international awards, including the Chevening Research Science and Innovation Policy (CRISP) fellowship from the University of Oxford and the Women transforming India Award top30 2019. She has demonstrated excellent leadership skills in managing scientific, innovation, multidisciplinary, societal and institutional projects in water research and innovation.

She has successfully commercialised her lab technologies into novel products and founded the spinoff company Drumlins Water Technologies Pvt Ltd. The company got many innovation awards and funds. Her vision is to translate her research work into affordable water purification technologies and products. 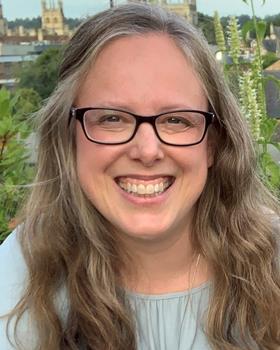 Kylie Vincent is Professor of inorganic chemistry, and fellow of Jesus College at the University of Oxford. She graduated from the University of Melbourne, Australia (BA/ BSc(Hons), Ph.D. (2004)), before carrying out postdoctoral research at the University of Oxford with Fraser Armstrong from 2002-2007. She then took up a Royal Society University Research Fellowship and RCUK Academic Fellowship in Oxford in 2007/8. She was appointed Associate Professor in 2013 and Professor in 2017. She was denoted the UK’s Science and Technology Woman of the Future in 2011, won the Clara Immerwahr Award for outstanding catalysis research in 2012, and was the overall winner of the Royal Society of Chemistry’s Emerging Technologies Competition in 2013. In 2021 she co-founded the biotech spin-out company HydRegen Ltd where she serves on the board, and was appointed to a newly-created university role as Academic Champion for Women in Entrepreneurship.

She has supervised 17 DPhil students and 42 Masters students to completion. Her research interests include operando mechanistic studies of small molecule activation in biology, and applications of enzymes in chemical manufacturing. 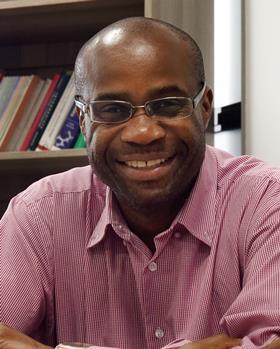 Kelly Chibale is a Professor of organic chemistry at the University of Cape Town (UCT) where he holds the Neville Isdell Chair in African-centric Drug Discovery & Development. He is also a member of the UCT Institute of infectious disease & molecular medicine, a tier 1 South Africa research chair in drug discovery, founding Director of the South African medical research council drug discovery & development research unit at UCT and the Founder and Director of the UCT drug discovery and development centre.

In 2018 Kelly was recognized by Fortune magazine as one of the world’s 50 greatest leaders and in 2019 he was named as one of the 100 most influential Africans by New African magazine. 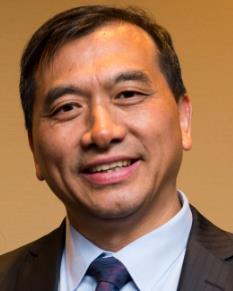 Doctor Zhongxin Zhou, FCIC, is currently the president of Canadian Society for Chemistry. He is also the head of process development and manufacturing at Gilead Alberta, overseeing the activities of organic process development, technical operations and laboratory and plant manufacturing for active pharmaceutical ingredients and advanced intermediates. Zhou obtained his PhD from Memorial University of Newfoundland and an MBA from the University of Alberta.

Zhou has expanded his role from a process chemist to leadership in process research and development, as well as manufacturing operations over > 25 years in the pharmaceutical industry. He and his teams have contributed to the commercial launches of more than 25 novel drug substances all over the world that are used in many drug products for the treatment of diseases in various therapeutic areas, including HIV, HCV, oncology and inflammation, that have saved the lives of millions of people around the world. While having worked at both CDMO and innovative biopharmaceutical sides of the industry, Zhou has witnessed the evolution of many start-up and established organisations.