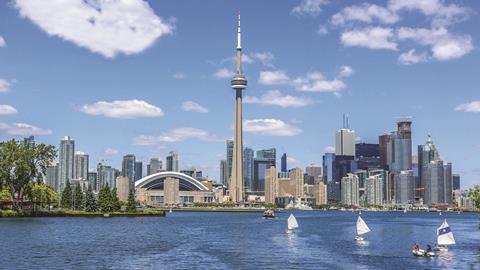 Ontario, Canada offers an array of opportunities for scientists seeking a fresh start, but Kit Chapman finds competition is tough

Home to Canada’s capital Ottawa and largest city Toronto, Ontario sits nestled between Hudson Bay to the north, Manitoba to the west, Quebec to the east and the US to the south. Despite being 4.4 times larger than Great Britain, most of the 14 million population is in to the south east of the province.

It’s lovely. According to the Economist Intelligence Unit, Toronto is one of the best cities in the world, topping the charts for green spaces and pollution levels (although it was let down by the lack of things to see beyond the CN Tower). Ottawa, Burlington, Oakville and Stratford also ranked highly in a similar poll by MoneySense magazine.

[[Make sure you have a butter tart and head to see the moose in Algonquin Provincial Park.]]Another good reason is the diversity of the chemical industries on offer. Ontario produces 43% of Canada’s chemicals, with a C$21 billion (£11 billion) chemical industry employing more than 40,000 people. The province is home to Canada’s ‘chemical valley’ around Sarnia–Lambton, with a bio-hybrid cluster home to some 60 companies and refineries. Other major sectors include petrochemicals, life sciences and manufacturing, with companies such as BASF, Imperial Oil, Nova, Unilever, Pfizer and Dow all having a presence in the area.

For academics and students, Ontario boasts world-class facilities. The University of Toronto is ranked as one of the best in the world, while the innovative Lambton College has won plaudits for its focus on advanced vocational courses in chemical production.

There are long, cold winters and short, hot summers. The average temperatures, even in the south of the province, stray below freezing in Winter (Toronto has an average 40 days of snow a year). And once the weather changes, expect to swelter: when the sun is out, summer days regularly reach a high of 30°C.

The other big concern is employment. According to Life Sciences Ontario, science graduates in the province currently face an unemployment rate of 18.9%, meaning job seekers face stiff competition. 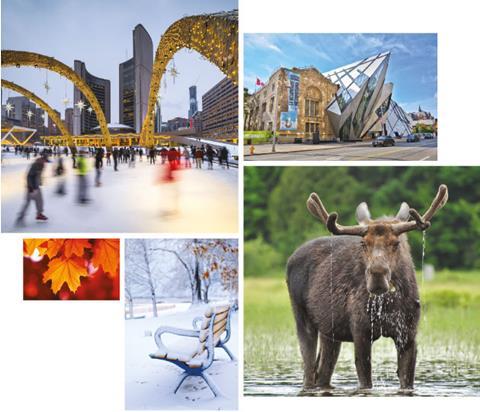 The Chemistry Industry Association of Canada puts the average annual wage for chemical sector workers in Ontario at C$67,900, with those working in industrial chemicals netting an average C$81,500. This cash can also go reasonably far: a two bedroom flat in Toronto will cost around C$1500 a month, and the city estimates a family of four’s monthly food shop comes in at C$590.

[[Alcohol’s expensive in Canada, so I didn’t go out as much as when I was in the UK. But eating out is reasonable – I loved going out to Toronto’s Chinatown and Little Italy.]]Canada’s visa entry system has a lot of variables, but chemists are a skilled profession and may be eligible for express entry. Canada uses the National Occupation Classification to determine someone’s occupation; the code for chemists is 2112.

The Ontario government provides free insurance to residents, but you need to be living there three months before you are eligible – which means private health insurance is a must for those looking to relocate.

Chartered chemists are accredited by the Association of the Chemical Profession of Ontario. Members are required to hold relevant qualifications; those who do not but have at least six years of experience in the chemical sciences can sit an exam.

Alcohol’s expensive in Canada, so I didn’t go out as much as when I was in the UK. But eating out is reasonable – I loved going out to Toronto’s Chinatown and Little Italy

Rebecca Melen, former postdoc at the University of Toronto

Fans of large amounts of water falling off a cliff will love Niagara Falls, which has a lot of that sort of thing.

Alternatively, head in to Toronto and catch a game. The city is home to an ice hockey team (the Maple Leafs), baseball team (the Blue Jays), football team (Toronto FC) and basketball team (the Raptors), all of which play in the US leagues. The city even played host to basketball’s showpiece All-Star game in February.