A drop of drool to analyse asthma 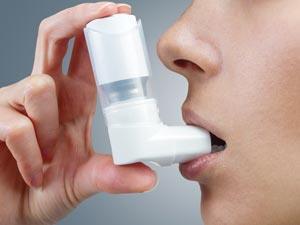 Using saliva samples and a simple chemical analysis technique, researchers managed to identify asthma in patients even if they didn’t show any of the usual symptoms.

5.4 million people currently receive treatment for asthma in the UK, of which 1.1 million are children. To diagnose asthma, doctors usually perform measure a person’s airflow lung capacity. However, these tests can be inaccurate – not every asthma patient has reduced lung function. Other tests, such as blood, urine or sputum analysis can be distressing particularly for younger patients, which prompted the UK National Institute for Healthcare Excellence to challenge researcher to find a simpler diagnosis procedure.

Now, a group of researchers, led by Colin Creaser at Loughbourough University, UK, has developed a non-invasive technique to identify asthma in patients of all ages; it can even pinpoint the severity of the disease.

The group collected saliva from nine people with asthma and 21 healthy individuals, and performed liquid chromatography mass spectrometry (LC-MS) analysis on the samples to find so-called biomarkers. These specific molecules are present in asthmatic patients’ saliva but not in the healthy people’s.

‘Clinical chemistry laboratories in hospitals are increasingly using LC-MS in routine assays, so combining saliva sampling with LC-MS has the potential to be a novel tool for asthma diagnosis,’ says Creaser. Creaser adds that saliva collection is easy, rapid, non-invasive and doesn’t require specialist training.

This study is one of many in the new field of metabolomics, the search for biomarkers. Oliver Jones, researcher at RMIT University, Australia, and president of the Australian and New Zealand Metabolomics Network, says: ‘The advantage of metabolomics is that you can develop diagnoses through non-invasive methods, using biomarkers such as the ones found in this study.’

However, identifying the right biomarkers takes time and their presence is sensitive to a person’s age, gender and lifestyle. Creaser and his colleagues now plan to verify their biomarkers in a larger clinical study.