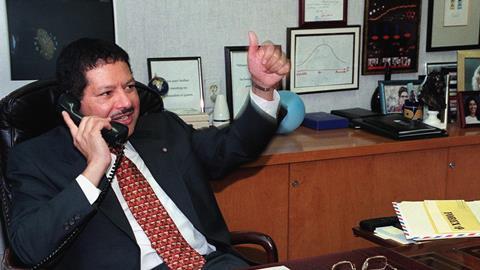 Several key possessions of the late chemistry Nobel laureate Ahmed Zewail – including his Nobel prize plaque and medal, as well as a replica of his famed femtosecond chemistry instrument – will be donated to the Ahmed Zewail Museum. The museum is currently under development in the Zewail City of Science and Technology and Innovation in Giza, Egypt. Zewail, who was born in Damanhur, Egypt, developed an ultra-fast laser instrument for his seminal studies using femtosecond spectroscopy to study chemical reactions, which earned him a Nobel prize in chemistry in 1999.

The items that belonged to Zewail, who passed away in 2016 at the age of 70, were reportedly donated by his widow, Dema Faham. Known as the ‘father of femtochemistry,’ he was the first Egyptian to earn a Nobel prize in a scientific field. After emigrating to the US in the 1970s to begin a PhD programme at the University of Pennsylvania, Zewail went on to join the chemistry faculty at the California Institute of Technology. He became a naturalised US citizen in 1982.

In 1999 Zewail not only won the Nobel prize, he also received Egypt’s highest state honour known as the Grand Collar of the Nile, which will be on display in the new museum. It will sit alongside the King Faisal Prize he won in in 1989 for outstanding research, and the Welch Award in Chemistry bestowed upon him in 1997 for his leadership and contributions to femtosecond chemistry.

The Zewail City of Science and Technology and Innovation was founded and named in his honour in 2000, and two years later Zewail became an honorary fellow of the Royal Society of Chemistry.

‘The main objective of establishing the museum is to showcase Dr Zewail’s distinguished awards in the different fields, such as scientific, national and international awards,’ a spokesperson for the Zewail City of Science and Technology and Innovation explained in a statement. ‘Moreover, to keep his legacy and show how much he aimed for a scientific renaissance in Egypt.’