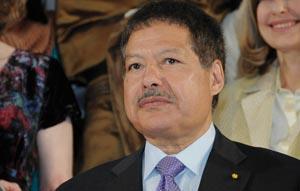 Egyptian–US chemist Ahmed Zewail, the ‘father of femtochemistry’ who received the chemistry Nobel prize in 1999 for his work using ultrafast lasers to study chemical reactions, has died aged 70.

Born in Damanhour, Egypt, in 1946, Zewail gained his bachelor’s and master’s degrees at the University of Alexandria before moving to the US where he studied for a PhD at the University of Pennsylvania. He then started postdoctoral research first at the University of California, Berkeley and then later at the California Insititute of Technology. Zewail developed techniques that enabled the rearrangement of atoms and bonds within reacting molecules to be imaged over extremely short femtosecond (10-15 seconds) timescales. In the years since, femtosecond spectroscopy has been used to observe transition states within reactions across diverse areas such as catalysis, materials and electronics.

Zewail is also known for his contribution to science policy. From 2009 he was part of President Obama’s Presidential Council of Advisors on Science and Technology, and was also the first US science envoy to the Middle East.

In 1999 he was the sole recipient of the chemistry Nobel. The same year he also received Egypt’s highest state honour, the Grand Collar of the Nile, and a research institute in Giza – the Zewail City of Science and Technology – was founded in 2000 and named in his honour. In 2002, Zewail was also made an honorary fellow of the Royal Society of Chemistry.

He is survived by his wife, Dema, and four children.