In a somewhat surprising move, pharmaceutical firm Allergan has transferred ownership of six patents to a Native American tribe, to shield them from being challenged by generic manufacturers. 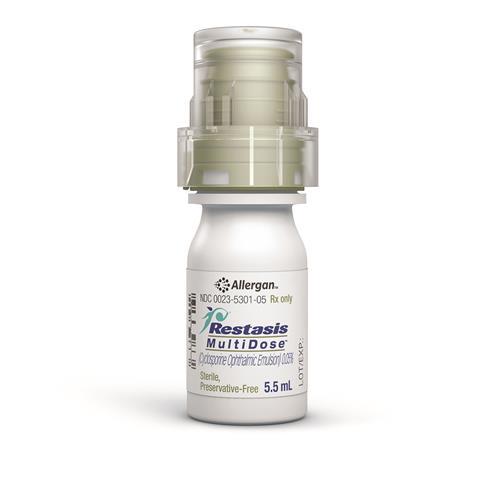 The deal with the Saint Regis Mohawk tribe aims to use tribal sovereign immunity to shield patents relating to dry eye treatment Restasis (ciclosporin) from inter partes review (IPR), a process at the US Patent and Trade Office that Allergan views as unfair.

The Mohawk tribe has immediately filed a motion to dismiss the ongoing IPR. ‘As far as legal strategy goes, it’s a particularly genius move,’ says Jacob Sherkow, intellectual property expert at New York Law School. ‘There are a couple of centuries of precedent for Tribes having sovereign immunity from certain types of suits in the United States.’

The patents are also the focus of a recently concluded federal court case in Texas. This saw Allergan sue for patent infringements after Mylan and Teva applied for approval of generics. The jury has not yet reached a ruling. The agreement with the St Regis Mohawk has no effect on the federal case. If the company loses in Texas, the patents would be invalid anyway.

Allergan views the deal as protecting it from defending the same issue in two forums. ‘This agreement allows Allergan to focus on the federal court system and avoid the double-jeopardy created by the inter partes review process,’ an Allergan spokesman explains.

‘The consensus view is that Allergan is probably going to lose the Federal court case, which makes the deal with the St Regis Mohawk a little less important,’ says Sherkow. ‘More important is the broad implications about immunity it suggests going forward.’

Dan Burk, a patent expert at the University of California in Irvine, US, believes the strategy will likely work for the short term, in part because the law is complex and will take time to work through, but cast doubts on its long term viability: ‘Congress intended patents to be reviewed by the Patent Office and will probably not take kindly to tricky manoeuvres intended to dodge the statute.’ If the strategy spreads, he predicts that ‘Congress will likely act to close the loophole’.

The St Regis Mohawk tribe will receive nearly $14 million (£10 million) plus around $15 million in annual royalties under the agreement. Mylan has raised objections with the patent office, but Sherkow describes its arguments as ‘inordinately unpersuasive’. He predicts the strategy will be used again. ‘One thing about the inter partes review that is different from patent challenges in federal court is that it seems the challengers win substantially more frequently,’ says Sherkow.

Allergan views the IPR process itself as ‘particularly inappropriate’ since there is a congressionally-created pathway for pharmaceutical patent challenges in federal courts, via the Hatch–Waxman legislation. ‘Attacks on pharmaceutical patents via IPR may make millions of dollars for hedge funds and generic drug manufacturers, but disincentivise biopharma R&D,’ an Allergan spokesman explains.

The US supreme court is currently considering arguments that the IPR process is ‘unconstitutional’. However, Allergan was concerned that the decision in that case will come too late to protect its patents. ‘We and other healthcare innovators are regularly subjected to threats from hedge fund investors and other drug manufacturers, seeking cash payments in exchange for agreement not to file an IPR, including on already-litigated patents. These problems are part of the unintended consequences of the IPR system,’ the spokesman adds.

Sherkow is sympathetic to complaints about the process. ‘The inter partes review process itself undermines the patent office,’ he says, by disputing its original decision to grant a patent. Others view the process as a necessary step. ‘The inter partes review process was created largely in response to the complaints of the computer and information industries: to remove bad patents at a reasonable cost to the challenger,’ explains Burk.

While technology companies agitated for the reform, ‘it is clear that pharmaceutical companies like Allergan would still prefer not to be subject to the process,’ Burk explains. Nevertheless, he surprised by the move: ‘Trying to hide the patents from scrutiny unquestionably does some degree of damage to Allergan’s image. I am a little surprised that they are insensitive to how this looks publicly,’ noting that pharmaceutical companies ‘already have a bad reputation for using their patents to gouge the public on prices.’