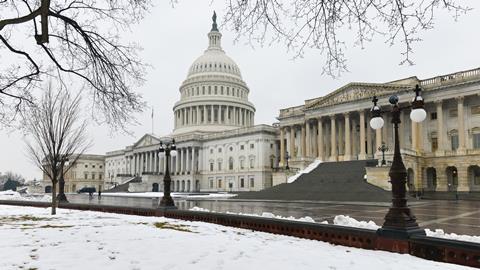 All across the US, researchers whose work depends on funding from federal agencies that are closed as part of the government shutdown are suffering personally and professionally. It is not just the estimated 800,000 government employees, including thousands of scientists, who are caught in the political crossfire but researchers dependent on grants to keep their work afloat.

The shutdown, which began at midnight on 21 December, was sparked by a standoff between Congress and the White House over President Trump’s demand for $5 billion (£3.8 billion) to build a wall along the US–Mexico border. Consequently, US science agencies like the National Science Foundation (NSF), Environmental Protection Agency, Food and Drug Administration, Nasa and the National Oceanic and Atmospheric Administration have closed their doors.

On 24 January, the Senate rejected competing Democratic and Republican proposals to reopen government. Hanging in the balance are not just the people who work at these agencies, but also the livelihoods and careers of the thousands of scientists whose research is subsidised by them.

As Christmas approached and it became clear that a political impasse meant a government shutdown was likely, Aaron Reedy, an evolutionary biologist at Auburn University in Alabama, whose work is funded by an NSF postdoctoral fellowship, thought his research funding would be fine.

I have maxed out my credit cards and have over $100,000 in student loans

‘The nature of my fellowship is such that all of our grant money is deposited into an account, and we are responsible for issuing our own paychecks off of the grant,’ he explains. However, Reedy’s funding has been disrupted because the NSF website that he and other fellows use to pay themselves monthly isn’t operational due to the shutdown. If that site was up and running, Reedy could issue his own paychecks as usual.

Reedy goes to work at the university every day, but he doesn’t know when he’ll be paid again. He has two young children – aged four and six – and his wife works part-time. ‘I am not our family’s sole source of income, but we are depending on my salary for the vast majority of our expenses,’ he tells Chemistry World. ‘We certainly can’t pay our bills without my salary.’

Although Reedy and his wife have family members who would gladly help them out financially, he is reluctant to ask them. ‘As an adult person at age 42, it is not a pleasant experience to have to ask friends and family to help you pay your rent,’ he says. ‘But, at least we could do that … not everyone has that option.’

Erika Calvo-Ochoa, an NSF postdoctoral research fellow who studies brain regeneration in fish at Western Michigan University, is also suffering. She received her December salary, but not January’s.

‘I am continuing to work without pay, but am not sure for how long I can keep coming to the lab and teaching my students,’ she says. As Calvo-Ochoa has some savings, for now she can afford childcare for her two-year-old. ‘Eventually, if I don’t get paid anymore and run out of savings, I won’t be able to afford childcare and that will force me to stop working,’ she says.

To make matters worse, as a federally funded research fellow, she is prohibited from receiving any other salary or compensation during her fellowship. ‘Even if I want to get a job, I can’t, and I can’t communicate with the NSF to find out if there is any way I can get a temporary job,’ she says.

A spouse with a salary provides Calvo-Ochoa with some financial security, but their childcare costs are paid from her salary. Her husband is also a scientist at Western Michigan University, but luckily he is a university employee who is not affected by the shutdown.

Things are also difficult for Amber Lucas, who recently earned her PhD in biological sciences from Carnegie Mellon University (CMU) in Pittsburgh and was all set to launch her spin-off company, Impact Proteomics.

Over the course of Lucas’ PhD, the NSF has been funding her work developing biomarkers for drug discovery. In December, the agency awarded Lucas and her principal investigator at CMU a small business innovation grant worth $225,000 to fund Impact Proteomics, which will offer sample preparation kits to help researchers rapidly create high quality protein or peptide samples.

‘We were really excited because that is just the money we need to get our start-up off the ground – it would pay my salary and that of the PhD we would bring on to be head of R&D,’ she says. Lucas rushed to graduate so that she could start at Impact Proteomics at the beginning of this year, when the NSF funding was supposed to come though.

Unfortunately, right after Lucas graduated – and therefore could no longer receive a stipend from Carnegie Mellon – the partial shutdown took effect and the NSF was closed.

‘We were banking everything on that money coming through,’ she says. The PhD student who was set to join the start-up has delayed her graduation until February, but if the government still isn’t open at that point she will also be without an income.

‘Our company is basically just dead in the water right now,’ Lucas tells Chemistry World. ‘We are just stuck twiddling our thumbs and hoping every day that the government will reopen.’ She says Impact Proteomics is the only company in the US trying to automate pulling proteins out of cells to facilitate biomarker and drug discovery research, but it is up against serious competitors in Germany who are well-funded by their government.

‘I have no savings, I am basically living because I have an amazingly supportive partner who does have a salary,’ Lucas says. ‘I have maxed out my credit cards and have over $100,000 in student loans – at this point, I am just treading water, trying to stay alive.’

There is real concern in the US research community that the reverberations from the shutdown will now persist long after it ends. The American Society for Biochemistry and Molecular Biology (ASBMB) is tracking the statistics. The organisation points out that the NSF funded 439 research grants valued at $133 million between 22 December 2017 and 24 January 2018. By comparison, the agency has awarded zero grants between 22 December 2018 and 24 January 2019, since it’s been closed. In addition, ASBMB spokesman Ben Corb estimates that, as of mid-January, around 35 research review panels have been cancelled just at the NSF alone.

This worries researchers like Lucas. ‘There are so many grants that have not been given out – how long will all that processing take to get the money to people and review the grants that were supposed to be reviewed already?’ she asks.

Based on anecdotal reports, Corb estimates that cancelling an NSF review panel meeting means that research grant applications that were scheduled to be vetted could be delayed by six months to a year. There is also anxiety that ultimately the shutdown will discourage early career scientists from working for government science agencies or pursuing research careers.

Chemical Safety Board boarded up by shutdown

The US federal agency charged with investigating serious chemical accidents is in disarray as the partial government shutdown enters its second month. At the Chemical Safety Board current, as well as new, investigations are frozen while the agency is shut and employees go without pay. Last year, the CSB had approximately 20 investigators, and now there are only seven. Experts inside and outside the agency warn that this is a dangerous situation because it has generated a backlog of work. Lessons will not be learned from chemical accidents under investigation at the agency as recommendations will be delayed. It is also unclear whether CSB investigators will be called back to work if a chemical incident needing investigation occurs. Adding to concerns over chemical safety, the Trump administration has repeatedly proposed to eliminate the CSB. Meanwhile, a recent incident has reduced morale at the agency even further. Due to a clerical error during the shutdown, all of the CSB’s roughly 30 employees accidentally received pay on 11 January, and then they were immediately warned not to access those funds. The money was withdrawn from their accounts, in some cases with no warning from banks.