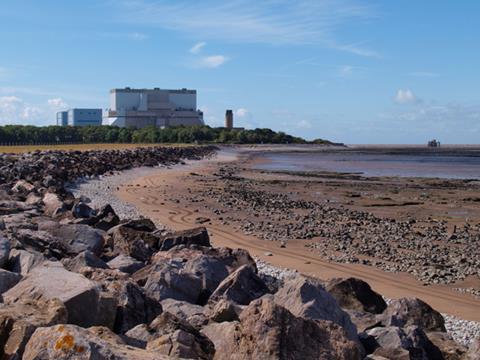 The Austrian government is to file a legal challenge against the EU next week over its recent decision to allow the UK to fund a new nuclear plant using state aid. Austria believes the EU has breached its own rules on fair competition in the marketplace in making the decision, giving nuclear an unfair advantage over renewable energy technologies struggling for investment. Such a legal move will likely delay the UK government’s plans for a ‘nuclear renaissance’ by up to two years.

The construction of a new reactor at Hinkley Point in Somerset, a joint venture between the UK government and French energy giant EDF, is set to be the first such undertaking in the country since 1988.

Under the CfD scheme, energy suppliers are guaranteed a baseline price for the electricity they sell to protect their business from the volatile energy market. If the wholesale market price falls below this value, the UK government has to make up the difference. In October 2013, the UK coalition agreed on a baseline figure of £89.50/MWh with EDF.

But construction of the plant has yet to start following a protracted European commission investigation of the deal and legal threats from EU states. In October 2014, the commission concluded that the state aid deal did not breach EU competition rules and would not distort the single European energy market.  But any UK plans to construct a reactor at Hinkley have been on hold pending the official publication of the decision in the EU’s official journal.

Now that the commission’s decision on UK nuclear state aid has been published, the Austrian government has derailed the UK’s nuclear plans by voicing their intention to sue the EU as it believes the state aid proposal does indeed breach European competition rules.

The principal goal of commission competition legislation is to maintain an economic system that ensures ‘competition in the common market is not distorted’. State aid falls under these guidelines, with the EU arguing that, in certain cases, the use of public funds to stimulate investment gives companies an unfair advantage. Renewable energy technologies, however, are exempt from this legislation.

Austria fears that offering large energy companies economic levies to encourage investment will have a destabilising effect on a free and open energy market. The country is also wary of the precedent such a decision by the EU will set for state aid in the future.

‘We were really convinced that the commission, in allowing this state aid, it had broken the rules and that’s not a political case,’ argues Andreas Molin, director of Austria’s environment ministry. ‘We’re going to make a case, argument by argument, as to why they broke the rules.’

Molin goes on to highlight that the EU’s decision goes ‘far beyond the UK’ and that it could be used to justify state aid in other areas. ‘It would for sure open the door for similar financing or funding schemes for other nuclear power plant projects in Europe,’ says Molin.

Christoph Rasch, a spokesperson for Greenpeace Energy, a German energy collective that is also intending to sue the EU over UK nuclear subsidies, agrees with Molin. ‘It will have an effect on prices at the power exchange in Germany,’ comments Rasch. ‘This effect will have economic disadvantages for committed green power providers like us. That’s why we are going to court.’

But legal action may be hard to separate from anti-nuclear sentiment in Austria and Germany, as Marco Giuli, an analyst for the European Policy Centre, is quick to highlight. ‘I think partly it is related to some countries that decided to avoid the presence of nuclear in their energy mix,’ says Giuli. ‘They probably think that the EU should not subsidise this specific energy mix in other countries.’

Austria has had a troubled relationship with nuclear power since the 1970s, when, in a referendum, the public voted to keep it out of its national energy mix.

The country was seriously affected by the fallout from the Chernobyl accident in 1986 and it is an experience that still resonates with the public, according to Molin. ‘What people experienced was consumables had to be thrown away – they were not allowed to leave their children playing in the sand,’ he says. ‘This was a real experience for the Austrians and with that nuclear power was over.’

Molin is keen to stress that the decision to sue the EU on this issue is not politically-motivated however, and Austria’s main grievance does not lie with the UK. ‘Politically, Austria opposes nuclear power – the government position is very clear on that,’ he says. ‘But the Austrian government respects the sovereign right of member states of the union to go their own way.’

Such an argument raises concerns for Giuli, who believes the legal action will highlight an important challenge for the single European energy market. He believes there is a large contradiction at the heart of European energy policy in which the philosophy of a single European-wide energy market is in direct conflict with each country’s desire to pursue its own energy agenda.

‘One has to consider the whole energy union is not just about the single market, it’s a package … and it has to take into consideration the desires of every member state,’ Giuli concludes. ‘This is a negotiation process, where everyone needs to get something.’