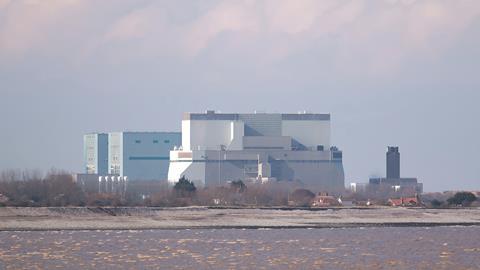 Plans to build the UK’s first new nuclear power plant for 30 years at Hinkley Point have suffered another major setback after the government announced it will delay final approval until later this year. The announcement came just after EDF Energy, the French energy company leading the project, approved construction at the site in Somerset.

The plan to build two nuclear reactors at Hinkley Point, which is a joint venture between EDF and the China General Nuclear Power Group (CGN), has been blighted by controversy and delays. Early on in talks, the government granted EDF permission to effectively sell electricity at a fixed wholesale price – a move roundly criticised by environmental groups and EU member states, who argued it contravened EU competition legislation.

Concerns have also been raised about the project’s cost. In a recent estimate, the Department of Energy and Climate Change, which has just been scrapped following the UK’s Brexit vote, claimed the lifetime bill for Hinkley Point may reach £37 billion.

In spite of these mounting issues, on 28 July EDF’s board of directors voted to approve investment in Hinkley Point. Within a matter of hours, however, the UK government announced it would review the investment deal and delay any final go-ahead until autumn this year.

EDF remain confident the project will go-ahead, but the government’s last minute jitters have been met with bewilderment from some quarters. The Institution of Chemical Engineers’ energy centre chair, Stef Simons, said the decision was ‘extremely regrettable’. ‘The government has balked at the eleventh hour,’ said Simons in a statement.

It remains unclear why the government has delayed the decision, but Theresa May, the new UK prime minister, may be wary of Chinese investment in UK infrastructure – a policy which was encouraged during the previous government. Speaking on the BBC’s Today programme, former business secretary Vince Cable said: ‘Theresa May was, I think, quite clear she was unhappy about the rather gung-ho approach to Chinese investment that we had … and as I recall raised objections to Hinkley.’

CGN said it understands the UK government’s decision: ‘We are fully prepared to work with the French company EDF to push the project, providing safe, reliable and a sustainable source of energy to the UK.’