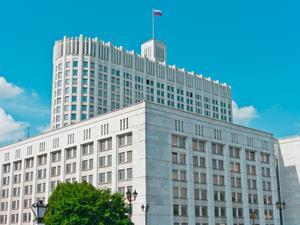 The Russian parliament is planning to ban overseas non-profit organisations from luring away the country’s top students and skilled workers. These organisations, which often offer grants and support for promising students that want to study abroad and can arrange lucrative salaries at top western firms for workers with the right skills, will no longer be allowed to operate in Russia.

Members of the Duma blame these organisations for a shortage of highly skilled workers in the country and for denuding the country of its scientific talent. Given the current geopolitical situation they have said that this is unacceptable. Vadim Solovyov, a Communist party member of the Duma and one of the main backers of the ban said: ‘The activities of such organisations are contrary to Russia’s national interests. We have introduced a bill to ban the activities of these funds, which, like the slave owners, specialise in the exporting of young, talented people from Russia to abroad.’

According to Solovyov, after the ban is implemented the government will draw up its own programmes for Russian students that want to study abroad and will add conditions that will require them to return after graduating.

A spokesman for the Duma said that parliament is, perhaps, most concerned by the EF International Academy, which conducts competitions among Russian students, offering the winners its Bertil Hult scholarship to study abroad, mostly at US universities.

Other organisations that may be banned from operating in the country include the UK’s Charities Aid Foundation, the US Department of State’s Bureau of Educational and Cultural Affairs and the German Goethe cultural center. The ban may also apply to the German Academic Exchange Service DAAD, Soros Foundation, the Ford Foundation and the Woodrow Wilson Center.

The initiative is supported by Russia’s president Vladimir Putin, who has said the number of talented students and workers leaving the country has risen considerably in recent years. ‘The so-called foreign funds specialise in working in Russian secondary schools,’ he said. ‘Such funds, with the support of various network organizations, simply rummage in our schools for many years under the guise of supporting young talents. In fact, acting like a vacuum cleaner they are sucking students already from secondary schools, providing them grants and taking them away. We need to pay attention to this.’

A spokesman for Dmitry Livanov, Russia’s education minister, claimed that efforts to recruit talented workers and students have accelerated since 2010. He also claimed that these organisations are on the lookout for Russia’s future public figures and politicians, who will have a loyal attitude to Western countries thanks to their education abroad.

Representatives of these western organisations have called the proposed ban on their work ‘crazy’, ‘thoughtless’ and ‘unreasonable’, and have said that it would  damage the country’s science programme.

A spokesman from the Russian branch of the EF International Academy said that this initiative may hurt the country’s international scientific standing. Olga Gozman, general director of the Begin Group, a higher education marketing group which cooperates with many western scientific foundations operating in Russia, agrees. She says that interest in overseas education is growing among Russian students, but, owing to financial issues, many prospective students cannot afford it. These western foundations provide financial lifelines for these students. Gozman says that, instead of instituting bans, the Duma should focus on encouraging students to return to Russia with their valuable experience once they graduate.

Some leading Russian scientists have already welcomed the proposed ban. Mikhail Kovalchuk, director of Kurchatov Institute, said that in recent years Russia has served foreign interests to its own detriment. Viktor Sadovnichy, head of Moscow State University, is also supportive and said that an estimated 16,000 Russians with science doctorates are currently working in the US. This compares with 28,000 in Russia. He added that, in addition to US funds, UK funds are also very active in Russia. Sadovnichy said that each year about 30,000 talented students leave Russia to study in the UK and about 30% of them have no plans to return.

However, other Russian science organisations do not support the initiative. The Russian–American Association of Scientists (RAAS) has already expressed concerns about the proposed ban and called on the government to reconsider. An RAAS spokesman said: ‘Despite the increased state support for Russian science, which has been observed in recent years, the activities of public funds, which offer grant programmes, are still very important for the country and its scientists. Obviously none of the world’s countries develops its science solely on state funds. The activities of private philanthropists are very important for the support of educational programmes for young talent, as well as conducting research and other scientific work.’

The bill is likely to be approved by parliament in August.