Top US companies including Google, Apple and Coca-Cola pledge at least $140 billion in new low-carbon investments 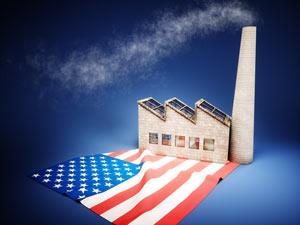 Thirteen of the US’s largest companies, including Google, Apple, Microsoft, Coca-Cola and Wal-Mart, have pledged to slash their carbon footprints. Their total commitments of at least $140 billion (£90 billion) in new low-carbon investments and more than 1600MW of new renewable energy were announced as part of the Obama administration’s new American Business Act on Climate pledge campaign, launched in advance of the December global climate negotiations in Paris.

The White House has set a goal of cutting US carbon emissions by almost 5.5 billion tonnes by 2030, and the announcement of the corporate pledges suggest the US’s seriousness about reaching a global climate deal in Paris. The newly publicised industry support also appears to counter critics who have argued that cutting carbon emissions harm US jobs and the economy.

The commitments from these high-profile companies – which represent more than $1.3 trillion in revenue in 2014 – come on top of ambitious, company-specific goals. These include cutting emissions by as much as 50%, reducing water intensity by as much as 15%, using 100% renewable energy to power operations and pursuing zero net deforestation in supply chains.

One stand out is Berkshire Hathaway Energy’s pledge to maintain its investment in solar and wind power across the American west and midwest, and also to retire more than 75% of its coal-fuelled generating capacity in Nevada by 2019. In addition, Google – the self-purported biggest corporate purchaser of renewable power globally – vowed to triple such acquisitions over the next decade.

‘We’re serious about environmental sustainability not because it’s trendy, but because it’s core to our values and also makes good business sense,’ wrote Google chief executive Eric Schmidt in a blog post. ‘After all, the cheapest energy is the energy you don’t use in the first place. And in many places clean power is cost-competitive with conventional power.’

Not all of the corporate pledges announced on 27 July represent new commitments, but observers say the launch of the American Business Act on Climate, and the specific company pledges, demonstrates the Obama administration’s ability to obtain private sector support.

Mindy Lubber, president of the sustainability advocacy non-profit Ceres in Massachusetts, US, said this $140 billion in low-carbon investments will help boost clean energy projects and other low-carbon solutions globally. However, she recommended scaling such investments by an additional $1 trillion a year, saying that is the only way to limit global warming to 2°C and avoid the worst impacts of climate change.

While Lubber said the business leadership is encouraging, she warned that voluntary commitments alone will not achieve the meaningful reductions needed. Lubber stated that strong climate change policies are ‘hugely important’, beginning with the US Environmental Protection Agency finalising the controversial rules that it has proposed to curb US power plant emissions by 30%.

To date, countries representing nearly 70% of global carbon pollution from the energy sector have announced post-2020 climate policies ahead of Paris, according to the White House.

The Obama administration will release a second round of pledges in autumn, and its goal is to mobilise many more companies to join the American Business Act on Climate pledge. In addition, US secretary of state John Kerry will convene a forum at the State Department in October to highlight US leadership in innovative solutions to the toughest climate finance challenges.

Former Mexican president Felipe Calderon, who currently chairs the Global Commission on the Economy and Climate, said climate commitments by businesses are gaining momentum amid the recognition that the low-carbon economy is better for growth than the high-carbon alternative. ‘By reducing emissions, companies can unlock significant savings in energy, resource and fuel costs, and also boost productivity and innovation,’ he said.