US judge rules that BP’s recklessness caused blowout through ‘gross negligence or willful misconduct’, but the firm will appeal 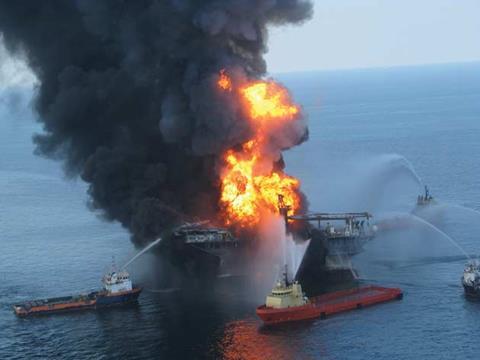 The Deepwater Horizon oil rig blowout in April 2010, which led to 11 deaths and spilled over 4 million barrels of oil into the Gulf of Mexico, was caused by BP’s recklessness, a US judge ruled on 4 September. The company now faces up to $18 billion (£11 billion) in new civil penalties.

US district court judge Carl Barbier in New Orleans concluded that the discharge of oil ‘was the result of gross negligence or wilful misconduct’ by BP. The trial was conducted without a jury.

The judge argued that the various instances of negligence by the company, taken together, constitute ‘an extreme deviation from the standard of care and a conscious disregard of known risks’.

Under the Clean Water Act, the maximum civil penalty ranges from $1100 per barrel where the court finds simple negligence to $4300 per barrel if gross negligence or wilful misconduct is determined. BP already agreed in November 2012 to a $4.5 billion settlement with the US government over criminal charges related to Deepwater. In addition, the company has spent more than $14 billion on response and clean-up activities, BP announced in April.

Immediately after Barbier issued his ruling, BP said it ‘strongly disagrees’ with his decision and will immediately appeal to a higher court. The company said the finding of gross negligence is not supported by the evidence. ‘The law is clear that proving gross negligence is a very high bar that was not met in this case,’ BP stated. But Barbier’s decision was well-received by others, including US attorney general Eric Holder. ‘The court’s findings will ensure that the company is held fully accountable for its recklessness,’ he said. Holder expressed confidence that the ruling will serve as ‘a strong deterrent to anyone tempted to sacrifice safety and the environment in the pursuit of profit’.

Alabama’s attorney general, Luther Strange, also celebrated the ruling, and said that Alabama will receive a portion of the billions in enhanced civil penalties that BP will have to pay the US, and that BP may also be liable for the state’s economic losses.

Meanwhile, the oilfield services firm Halliburton and Transocean, the offshore drilling company that owned the Deepwater rig, expressedrelief at the court’s decision that they were responsible for 3% and 30% of the blame for the accident, respectively. Barbier found that both companies were negligent rather than reckless. On 2 September, Halliburton agreed to entrust $1.1 billion (£670 million) to settle damages relating to the disaster.

The final phase of the civil trial is expected in January, when Barbier will apply other factors under the Clean Water Act to determine the final amount of BP’s civil penalty.

‘The decision was not surprising at all, in fact the gross negligence conclusion was really inescapable given the facts of the case,’ says Blaine LeCesne, a law professor at Loyola University in New Orleans. ‘I do not think they are going to get the maximum penalty, but given the relatively strong condemnation of BP’s conduct by the judge, they might.’ He added that the fine could easily end up around $3000 or more per barrel of oil spilled, which would amount to more than $12 billion.

Most legal experts agree that a higher-end fine is likely in this case because the judge essentially found BP to be as culpable for the accident as it possibly can be under the Clean Water Act. However, it could take several years before BP’s fine is determined.

‘BP is more incentivised to settle this case now because it doesn’t look good,’ says David Logan, professor and former dean at law school of Roger Williams University in Rhode Island. ‘High-stakes litigation often ends up in settlement, and this is the granddad of high stakes litigation,’ he tells Chemistry World.

Joseph Lavitt, a law professor at the University of California,Berkeley, says the factual findings by the court ‘almost compel the enhanced penalties’ associated with gross negligence and wilful misconduct. ‘Given the risk of death and widespread property damage, the district court suggested that certain critical decisions relating to deepwater wells are so consequential that nearly any mistake will be considered as an extreme departure from the standard of care,’ he explains.

But Lavitt says an appellate court may note the district court’s developing understanding of offshore wells, which raises questions about the expertise of the judicial system to determine levels of culpability according to what the court acknowledged to be ‘nebulous standards’. He suggests that courts might defer to extrajudicial sources to determine culpability in such cases.