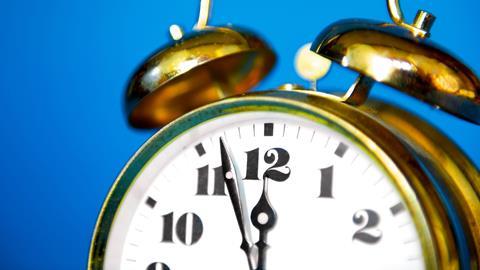 Scientists are pleased that a no-deal Brexit has been avoided, but uncertainty remains

Researchers across the UK have breathed a collective sigh of relief following the government’s decision to avoid crashing out of the EU on April 12. The EU agreed a Brexit delay of six months, with a date now set for October 31. The UK can exit earlier if Parliament ratifies the withdrawal agreement, but for many in the scientific community the delay rekindles hopes for Brexit to be doused.

‘Any form of Brexit would be catastrophic for UK science,’ says Fraser Stoddart, 2016 chemistry Nobel prize winner who is now based at Northwestern University in the US. ‘Most of the research community in the UK want to see the back of Brexit.’ Stoddart is more optimistic about the situation given the extension.

Delaying Brexit was a sensible move by Prime Minster Theresa May, says Mike Galsworthy, who co-founded the campaign group Scientists for EU in 2015. ‘Crashing out would have been a terrible option for UK science,’ he states, adding that the country would have immediately slumped to ‘third country’ status with the EU and been ineligible for 45% of the funding from Horizon 2020, cut off from European Research Council (ERC) and small and medium enterprise (SME) funding lines.

Chemist Lee Cronin at the University of Glasgow describes his reaction as one of relief, though he always felt Brexit was undeliverable. ‘The extension has brought uncertainty, which is causing damage, but much less than Brexit itself would,’ he adds. He is hopeful now that either Article 50 will be revoked, pulling the plug on Brexit, or a second referendum will take place. This would allow people to answer the question of leaving the EU with more knowledge of what Brexit can and cannot deliver. Cronin says UK researchers are wholly against exiting the EU. ‘I don’t know any scientist who supports Brexit,’ he adds. ‘It’s illogical. It is like asking the law of gravity to be repealed.’

The postponement comes as anecdotal reports suggest Brexit worries are hurting UK science. ‘I know of people seeking promotions elsewhere. Also, we are not managing to attract postdocs and PhD students at the same levels as before,’ says Simon Coles, director of the UK National Crystallography Service at the University of Southampton. ‘We are already losing people.’

He sees Brexit, and continued uncertainty, as inflicting an unseen human toll on young researchers. Postdocs, with families or planning to start them, are extremely concerned about their future in the UK. ‘This [extension] is just prolonging the anxiety,’ Coles says. ‘There was defiance after the referendum amongst colleagues, but this has turned a bit to despair.’

The end to free movement and what this might means for EU researchers is still high on everyone’s list of concerns. Stoddart says the free passage of researchers into the UK from the EU had boosted the diversity and the quality of UK science. He estimates 65% of his UK-based research group in the late 1980s was non-British and says it flourished with often over a dozen different nationalities.

Immigration should be unrestricted for people with scientific qualifications, says Hagan Bayley, chemical biologist at the University of Oxford, whose research group of two dozen includes 14 different nationalities. The EU has boosted scientific quality and supported early and mid-career researchers through ERC grants, he adds. He criticises career politicians in the UK for their lack of understanding of UK science and complains that ‘we have almost no scientists in government or in the House of Commons.’

Bayley adds that he’d like the UK government to put funds directly into the EU for research. ‘We could start parallel programmes, but I don’t see the point of that. The EU have created a strong scientific programme and we should be part of it,’ he says. The extension certainly prolongs uncertainty over the UK’s participation in future framework programmes.

But there may be a silver lining. ‘The extension keeps us in the EU and we can continue to apply for grants and coordinate grant applications, take part in Erasmus and carry on as a full member,’ Cronin explains. The Halloween deadline gifts him time to apply for an ERC grant renewal. Still, even the extension contains a dose of uncertainty. ‘The government was still saying today that they will try get Brexit done by May 22nd, so we don’t have to take part in European elections,’ Cronin says. ’It is insane.’