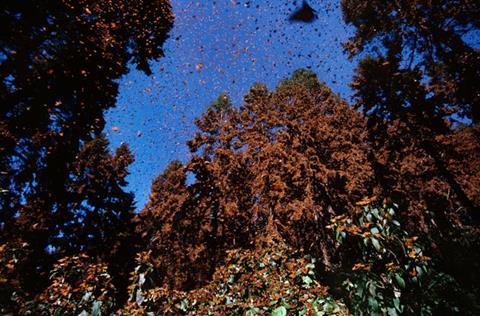 Monarch butterflies once numbered in their hundreds of millions. Their decline has been linked to herbicide use and habitat loss

The US Environmental Protection Agency (EPA) is being accused of ignoring evidence that the herbicide glyphosate poses a serious threat to dwindling monarch butterfly populations. The Natural Resources Defense Council (NRDC) is now suing the EPA to force the agency to act.

Various studies have documented the steep decline of milkweed in the agricultural midwest due to the use of glyphosate – the active ingredient in Monsanto’s RoundUp – and the corresponding loss of monarch butterflies that lay eggs on this plant. Monarch butterfly numbers have declined more than 90% since the mid-1990s. In 1997 one billion monarchs were estimated to inhabit North America, but this population had fallen to just 56.5 million this winter.

Since the EPA last reviewed glyphosate’s safety and re-registered the product in 1993, its use is estimated to have increased 10-fold. The agency hasn’t responded to an NRDC petition filed last year requesting an immediate review of glyphosate’s impact on monarchs and the organisation’s new lawsuit seeks a court order to force the EPA’s hand.

Many experts cite rocketing use of glyphosate on genetically modified corn and soya beans as the primary cause for the collapse of the monarch butterfly population. In its original petition, the NRDC requested that the EPA consider requiring glyphosate-free buffer zones near crops where milkweed could flourish and banning the herbicide from use along roads and rights of way.

A holistic look at herbicides 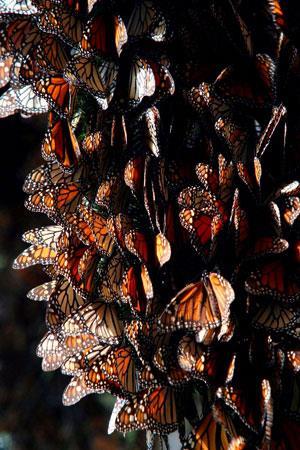 The monarch butterfly overwinters in Mexico

‘The science surrounding what is effecting monarch butterfly populations is still evolving,’ the EPA said in a statement. ‘Like commercial honeybee losses, there are multiple factors that may be affecting monarchs, including loss of habitat, weather and pesticides.’ The EPA has said it is ‘looking holistically at all herbicides’, not only glyphosate, to determine the effects on monarchs and plants critical to butterfly populations.

However, some experts take issue with the EPA’s regulation of the pesticide. Chensheng Lu, an associate professor of environmental exposure biology at Harvard University, US, criticises the agency for relying too heavily on data generated by industry. ‘With the abundant literature demonstrating the hazards and toxicity of glyphosate to vertebrates, invertebrates and humans, the EPA continues to hold their position on glyphosate, which is [that it is] essential and safe to use.’

Stephanie Seneff, a senior research scientist at the Massachusetts Institute of Technology, US, agrees that glyphosate is responsible for the collapse of the monarch population. ‘It is not just killing off the monarch’s food supply – the milkweed – glyphosate is actually harming the butterfly,’ she says. Seneff says milkweed is being poisoned by glyphosate and the monarchs are being sickened by eating the plant.

‘There has been a complete lack of awareness on the part of the EPA toward the toxicity of glyphosate,’ Seneff adds. ‘They have just been willing to believe what industry is telling them.’

However, Chip Taylor, a professor of ecology and evolutionary biology at Kansas State University, US, says there is no evidence glyphosate is killing monarchs. Although he agrees that herbicide-tolerant plants are the main factor responsible for the decline, Taylor cites other contributors like habitat loss and roadside management issues.

‘Weed control technologies are not going to go away,’ Taylor states. He says the solution is striking a balance between technology that provides economic benefits to farmers and the public, while also protecting wildlife.