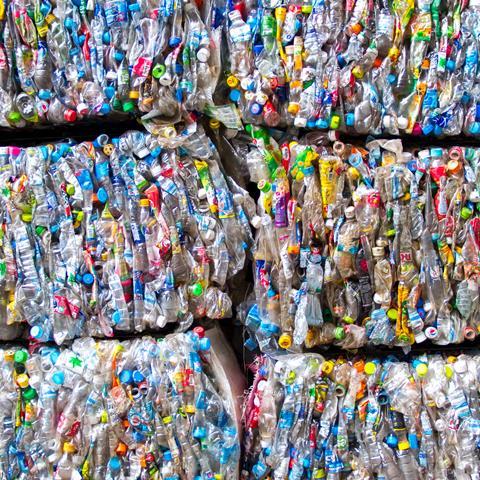 A parliamentary committee has called for the UK to ban all exports of plastic waste by the end of 2027, and for the government to set out how this would be achieved within the next four months.

In 2021, over 2.5 million tonnes of plastic packaging waste were produced in the UK, of which around 44% was recycled. The Basel Action Network estimates the country exported 467,000 tonnes in the same year.

MPs on the Environment, Food and Rural Affairs Committee said requiring all plastic waste to be processed domestically would send a strong signal to stimulate investment in recycling infrastructure, and support efforts to both reduce plastic consumption and increase reuse.

They recommend target setting that reflects the waste hierarchy of reduce, reuse and recycle, with targets that measure the amount of packaging that is actually recycled. Alongside there should be annual progress reports and mechanisms to enforce targets. A 2042 target for eliminating plastic waste should be reaffirmed, but without the qualifier of only eradicating ‘avoidable’ waste as set out in the existing target.

The committee heard about two recycling methods under development: a hydrothermal system, which uses supercritical steam to convert hard-to-recycle plastics (such as flexible or multi-layer packaging) into feedstock for the chemical industry, and enzymes to digest waste plastic.

But Steve Fletcher, a sustainability researcher at the University of Portsmouth, UK, says the recommendations rightly downgrade the importance of recycling. At the moment, he explains, ‘a lot of the plastic industry – producers and big users of plastic – see recycling as the solution….[whereas] I’d say recycling is the worst case scenario for keeping plastics in the economy’.

For recycling, the sheer diversity and complexity of plastics is an issue. ‘We have ingredient lists for our food, for our shampoos, but we don’t have ingredient lists in our packaging,’ says Michael Shaver, a polymer scientist at the University of Manchester, UK. ‘What that ingredient list would offer is an ability to make choices to isolate certain fractions to get a better quality of materials, which could then mean you could include recycled content at higher levels. And then that enables the circular economy.’

‘Chemists have to be really honest and authentic in the materials we’re putting onto the market, so things actually end up being recycled or biodegraded,’ Shaver adds. Chemistry also has the challenge of simplifying products containing multi-layered polymers such as sachets, which are difficult to recycle, as well as designing safer additives.

But moving away from relying on recycling ‘requires a change in the design of products, possibly even the materials or product, maybe switching away from plastics into some other material that is easier to keep on reusing over an extended time period’, says Fletcher.

One of the challenges for new materials, suggests Shaver, ‘is that you are competing against something [plastics production] that is exceptionally energy efficient and very low carbon, and all of those alternative things that we might consider making stuff out of are higher in carbon footprint. That creates a real challenge, because you don’t want to solve a waste problem and create a CO2 problem.’ Indeed, the Ellen MacArthur Foundation reports that, rather than directly eliminating single use packaging, signatories to its global commitment for a circular plastics economy are mostly switching materials.

In its evidence to the committee, the Royal Society of Chemistry said there is ‘an urgent need for the broader environmental picture, including LCA [life cycle analysis], to be consistently considered in policy decisions on material choices and plastics. Increased investment also is needed into LCA research, including database technologies, to develop more robust methods of measuring environmental impact.’

Whether or not the government accepts the committee recommendations, the UK will be bound by a global legally binding treaty to end plastic pollution. Negotiations on the treaty, which will cover the entire life cycle of plastics, begin at the end of November.