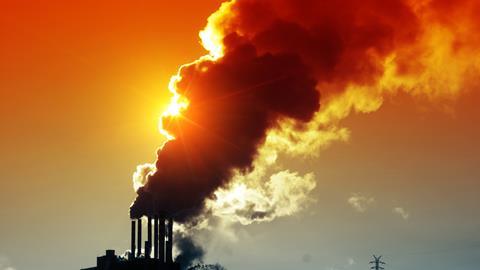 All Canadian provinces will have to adopt a carbon tax or develop a carbon trading system by 2018, Canadian prime minister Justin Trudeau has announced. The news was met with some controversy.

‘Provinces and territories will have a choice in how they implement this pricing,’ revealed Trudeau, in a 3 October speech at the House of Commons. ‘They can put a direct price on carbon pollution, or they can adopt a cap-and-trade system, with the expectation that it be stringent enough to meet or exceed the federal benchmark,’ he explained.

Those provinces and territories that choose cap and trade schemes will need to decrease emissions in line with Canada’s target, as well as with the reductions expected in jurisdictions that choose a price-based system, Trudeau emphasised. ‘If neither price nor cap and trade is in place by 2018, the government of Canada will implement a price in that jurisdiction,’ he said.

The plan is expected to be finalised in the next two months, through collaboration between the government and the provinces, territories and Aboriginal organisations.

Trudeau said that Canada needed to have a ‘reasonable and predictable’ price for carbon pollution to encourage innovation because businesses will have to find new ways to reduce their emissions. He suggested that this will make Canadian businesses more competitive.

Canada can’t be left behind

‘The global economy is becoming increasingly clean, and Canada cannot afford to be left behind,’ Trudeau warned. Pursuing such a change could generate new and greater job prospects for Canadians, Trudeau said. He noted that nearly a third of a trillion dollars was invested globally in renewable power last year, which is almost 50% more than was invested in fossil fuels.

Nevertheless, Trudeau’s plan generated friction during a 5 October debates in the House of Commons. ‘A tax on carbon means more money taken out of the pockets of Canadians,’ said Denis Lebel , the deputy leader of the Conservative party, in a question and answer session. ‘The prime minister is trying to sugar coat the reality by saying it is “carbon pricing”, but Canadians are not fooled. This is a new tax,’ Lebel said. Moments later, Trudeau accidentally referred to his carbon pricing proposal as a ‘tax’.

The Ottawa-based advocacy group Smart Prosperity released an open letter signed by more than 20 prominent Canadians – primarily chief executives and leaders of civil society organisations – endorsing the concept of a Canada-wide carbon pricing plan. By starting slowly and ramping up over five years, they conclude that businesses and households will have time to adjust and plan to cut their carbon footprints.

Speaking before the Edmonton Chamber of Commerce last month, the Royal Bank of Canada’s president and chief executive, Dave McKay, estimated that Canada’s C$11 billion clean tech industry could be worth double that in the early 2020s. In fact, he said Canada’s clean tech sector boasts nearly 800 companies that employ 55,000 Canadians.