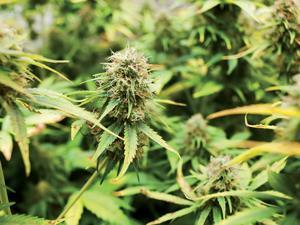 A growing field for analytical chemists?

The American Chemical Society (ACS) is being petitioned to create a professional division for cannabis chemists to serve the needs of analytical chemists in the cannabis industry. The petition, first circulated on 21 September, had only garnered 25 signatures by 15 October.

Recently there has been a softening of US laws on cannabis use, whether for medicinal or recreational use. Two states have legalised the drug, while a number of others have opted for decriminalisation or exemptions for medicinal use, resulting in a growing industry to produce and purify the drug.

The petition’s architect is Ezra Pryor, an ACS member who is the president of Ezchemconsulting, a consulting company in California that provides advice on the extraction, purification and incorporation of cannabis extracts and natural products. Pryor argues that cannabis chemistry is a rapidly expanding profession with many industry-specific issues. ‘There are some serious misconceptions, with serious professional setbacks that are unique,’ he tells Chemistry World. ‘People don’t understand that these are real jobs with zero legal risks that are available for chemists.’

As the medical marijuana and recreational cannabis industry grows, Pryor suggests that it will present an increasing number of jobs for chemists in the area of quality control and assurance.

More than 25 companies now exist that solely analyse cannabis for producers, vendors and consumers, according to Pryor. ‘It is essential for the growth of the cannabis analysis industry and the quality of medicines provided, that young professionals be made aware of the legitimate and lucrative opportunities in this field,’ his petition states.

Before the ACS will formally consider Pryor’s petition, he must collect 50 signatures. The ACS council will ultimately have to vote on the matter, and the society says that could not happen before August 2015.

‘I don’t recall a new division being created in my nine years here,’ says ACS spokesperson Glenn Ruskin. He says the ACS leadership will have to consider whether a separate division is needed for cannabis chemists, or whether this is an area that can be handled from within one of the organisation’s already existing 32 divisions.