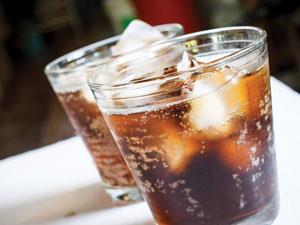 Levels of a by-product of a caramel food colour, 4-methylimidazole (4-MEI), are high enough in soft drinks and consumed in sufficient quantities in the US that they can increase the risk of developing cancer. This is according to a joint analysis by Johns Hopkins University in Maryland and US Consumer Reports that suggests that legal intervention is needed to cut the amount of 4-MEI found in this food colour. However, the study has been met by scepticism from researchers and industry.

In the new study, researchers built on an analysis of 4-MEI concentrations in 11 different soft drinks to estimate exposure to the chemical from caramel-coloured soft drinks. They then modelled the potential cancer burden related to the regular consumption of these drinks in the US.

They claim that routine consumption of soft drinks containg this colour appears to pose ‘excess cancer risks’ that exceed the one case per 1 million exposed individuals, which is a common acceptable risk used by some US regulatory agencies. Specifically, the researchers found consumption of Malta Goya, Pepsi, Diet Pepsi and Pepsi One resulted in 4-MEI exposures of more than 29µg/day with associated risks exceeding one excess case per 10,000 exposed individuals, suggesting ‘that the risk can greatly exceed the threshold’.

However, the US Food and Drug Administration (FDA) has said the available evidence does not show that 4-MEI poses any immediate or short-term danger at the levels found in food and drink. The FDA points out that a two-year mouse study of 4-MEI consumption shows an increased incidence of certain lung cancers, but that the study in rodents used levels of 4-MEI that far exceed current estimates of human exposure. The FDA says it is currently reviewing all available data on the safety of 4-MEI.

Taka Shibamoto, a professor of food chemistry and environmental toxicology at the University of California, Davis, US, is sceptical of the new analysis. He says the current information about the carcinogenicity of 4-MEI is based only on animal studies and argues that large epidemiological studies are needed to determine whether those findings translate to humans. ‘There isn’t any evidence that 4-MEI causes cancer in humans,’ Shibamoto tells Chemistry World. He says people would have to consume ‘unreasonable amounts’ of 4-MEI in soft drinks to mirror the animal studies that suggest carcinogenicity. ‘At this point, it is not necessary to antagonise or frighten people by labelling.’

Pepsico criticised the study as containing outdated information. ‘The 4-MEI figures reported in this study do not reflect what is currently available in the US marketplace,’ the company added. Goya Foods reportedly issued a similar statement.