Cheap and sensitive test for a key prostate cancer marker 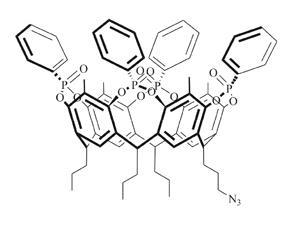 Scientists in Italy have developed a cheap and disposable sensor that can detect the presence of the prostate cancer biomarker sarcosine in urine.

Worldwide, prostate cancer is the second most common tumour in males and is responsible for more than 250,000 deaths each year. An early diagnosis – when the tumour is organ-confined – dramatically improves the success of therapy and is achieved by monitoring certain marker molecules.

Elevated levels of the amino acid sarcosine in urine have been observed during prostate cancer metastasis, although some have disputed this link. Electrochemiluminescence is a powerful technique for monitoring such markers, which also include prostate-specific antigens, but its widespread use is hampered by high equipment costs.

‘The traditional biomarker is the prostate-specific antigen, which lacks specificity and reliability causing false-positive results leading to overtreatment with significant effects on patients’ quality of life,’ says Luca Prodi from the University of Bologna, Italy. ‘The use of sarcosine is a possible way to overcome these drawbacks.’

Prodi and his colleagues captured sarcosine from urine samples using magnetic micro-beads coated in a cavitand receptor. The molecule is later released by a pH change and its concentration measured by electrochemiluminescence.

Prodi’s system allows for the cheap detection of sarcosine using a disposable device. ’We were able to measure sarcosine in a concentration range that encompasses its diagnostic urinary value in healthy subjects and prostate cancer patients,’ he explains. ’Our approach is extremely promising for the development of portable and affordable devices. Although the role of sarcosine as effective marker is still under debate, we believe that combined screening can increase the success rate and reduce false-positives related to less aggressive forms of prostate cancer.’

Sofi Elmroth, a biochemist from Lund University in Sweden, believes the microbead sensor has potential. ‘Accurate and straightforward detection of cancer metabolites is highly warranted in the clinic,’ Elmroth tells Chemistry World. ‘This method would be most valuable and has the potential to replace current tests.’ And Bhargava Karumudi, a medicinal chemist from the University of Illinois at Chicago, US, says: ‘Early diagnosis of prostate cancer is very important. This is a smart approach using two powerful techniques together to detect sarcosine and monitor prostate cancer.’

Prodi plans to extend this approach to more prostate cancer biomarkers as well as other cancers and illnesses like diabetes.