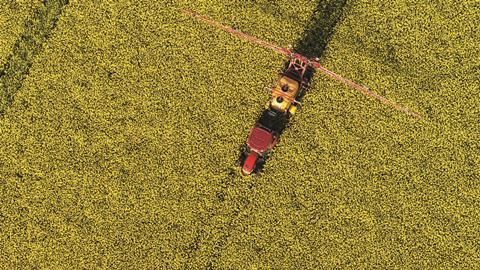 At the end of 2015, two of the world’s largest integrated chemicals producers, Dow Chemical and DuPont, agreed a $130 billion (£103 billion) merger deal. Negotiations and preparations for that union shaped both companies’ behaviour over 2016, and sent regulatory ripples across several sectors of the industry.

Both Dow and DuPont set about re-organising their operations with renewed vigour. DuPont accelerated its existing plan to cut around 5400 staff (10% of its global workforce). The US state of Delaware, where DuPont’s central R&D labs are located, was hit particularly hard, with around 1700 jobs eliminated in the state. Dow also initiated plans to re-absorb former joint venture Dow Corning, with the loss of 2500 jobs, on top of the 1750 jobs it had already begun to cut in 2015.

The US shale gas boom has led to announcement of 275 new chemical production plants, of which 40% are completed or under construction. 60% of the proposed $170bn investment comes from foreign sources

One major motivator for the Dow–DuPont merger is the prospect of combining the two companies’ agrochemical and seeds businesses when the company eventually splits into three, more focused, entities. This was the first of three mega-deals in the agrochemical sector in 2016. US heavyweight Monsanto courted a deal with rival Syngenta – making a series of merger bids, but the Swiss firm was rigid in its opposition. Instead, Syngenta accepted a $43 billion takeover bid from ChemChina, while a $66 billion offer from Bayer eventually persuaded Monsanto of the benefits of joining forces.

The whole agrochemical sector saw significant consolidation over the year, with acquirers taking advantage of depressed company valuations – driven by decreased demand across global markets, as low crop prices led farmers to economise. Canadian fertiliser firms Agrium and PotashCorp agreed to combine, while Moroccan potash producer OCP looked to Ethiopia for a joint venture to build local fertiliser capacity. However, a proposed deal between CF Industries in the US and OCI of the Netherlands was thwarted by the US Treasury’s new rules designed to discourage US companies moving abroad to escape the country’s high corporate tax rates. Those same rules scuppered several deals in the world of pharmaceuticals, most notably a proposed merger between Pfizer and Allergan that would have seen the new company based in Ireland.

It was not just the US Treasury taking an interest in these deals, either. Competition regulators on both sides of the Atlantic expressed concerns not only around reducing the diversity of products and suppliers in the sector, but also narrowing the industry’s research base. Monsanto is in the process of eliminating 3600 jobs from its global operations to cut costs, and industry observers suggest the Bayer merger poses a significant threat to Monsanto’s R&D efforts. The European Commission is conducting in-depth investigations into the competition implications of both the Dow–DuPont and Syngenta–ChemChina deals, and is expected to scrutinise Bayer’s union with Monsanto very carefully. Meanwhile the US Senate’s judiciary committee weighed in to try and slow consolidation across the sector. The US Justice department is reviewing the Dow–Dupont deal, and the Federal Trade Commission is investigating ChemChina’s acquisition of Syngenta.

The crop protection industry has also clashed with regulators this year over product safety – particularly in reference to widely-used herbicide glyphosate, whose approval was up for review in Europe. The arguments hinged around conflict between a report from the World Health Organization’s (WHO) International Agency for Research on Cancer (IARC) and various other bodies’ assessments.

In March 2015, the IARC concluded that glyphosate was ‘probably carcinogenic to humans’. This led the US state of California to include the chemical in its classification of carcinogens that consumers must be warned about on product labels. Companies protested that IARC’s assessment was based solely on its toxicological hazard, without accounting for likely exposure levels. In response, environmental campaigners accused companies of relying on unpublished industry-funded research, hidden behind corporate confidentiality, to justify safety claims. Over the following 18 months, the European Food Safety Authority, the Colombian government, a separate joint committee of the WHO and the United Nations, and finally the US Environmental Protection Agency, all concluded that glyphosate is ‘unlikely’ to cause cancer at realistic exposure levels. However, this consensus was only sufficient to convince European regulators to postpone their decision on whether glyphosate’s approval should be renewed or withdrawn for 18 months, to allow the European Chemicals Agency to complete its own investigation. Later in the year, the IARC’s methods came under fire from both academics and policymakers.

Political uncertainty stemming from the UK’s decision to leave the EU, as well as Donald Trump’s election in the US, has caused industry to hold back on some large projects. However, feedstock evolution driven by shale gas from the US continues to shape investment across the chemicals industry. While the pace of new plant announcements has slowed since its peak in 2013–14, there were still significant moves from foreign investors, including Saudi Arabian Basic Industries (Sabic) partnering with ExxonMobil to propose a multi-billion dollar petrochemical complex on the US Gulf Coast. If the plant goes ahead, it will likely not come online until 2023. Meanwhile, construction on around 40% of the announced projects is either ongoing or completed, according to figures from the American Chemistry Council, and about 60% of the estimated $170 billion in proposed investment comes from foreign sources. Several new or relocated methanol plants, for example, are set to transform the US from a net importer of the chemical to a major exporter. 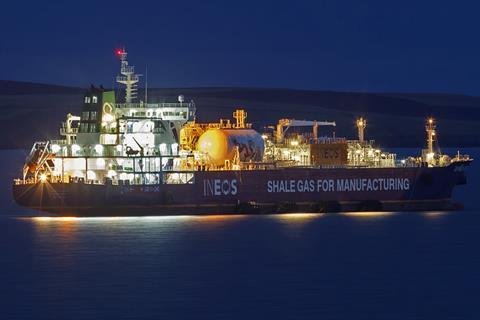 In the UK and Europe, lower oil prices have allowed crackers running on naphtha to regain some competitiveness, but that hasn’t stopped Ineos from proceeding with its plan to import US ethane in massive, specially designed tanker ships. The company’s first shipments arrived at its complex in Rafnes, Norway, in March, followed in September by the first delivery to Grangemouth, UK. Establishing this ‘virtual pipeline’ has enabled Ineos to restart its second cracker at the Grangemouth site, which had been mothballed since 2008. The company came close to abandoning Grangemouth in 2013, in a dispute over workers’ pensions and conditions. The company’s ‘rescue plan’ for the site saw it invest in the ethane terminal to receive imports, with assistance from both the Scottish and UK governments. Other companies are following suit, with plans underway to export US ethane to India, Brazil, and several other sites in Europe.

Outside the US, production of shale gas made little progress in 2016, with several European countries maintaining bans on exploration. The UK did grant permission for test fracking at an existing well in North Yorkshire, but public opposition to the practice remains strong. In the middle east, Sadara – a joint venture between Dow and Saudi Aramco – completed construction of a mixed feed cracker, allowing the company to take advantage of cheap local ethane to produce speciality chemicals. This continues the trend of firms in the region moving up the value chain from simple hydrocarbon production to more complex chemicals.

Bio-based feedstocks are continuing to displace petrochemicals in a variety of niche markets. Most projects are focused on high-margin speciality chemicals, for example in the food, fragrance and personal care markets, where consumer demand is strongest. However, some companies are reaching commercial scale production in platform chemicals such as succinic acid. Canada’s BioAmber started production at its fermentation plant in Sarnia, adding capacity of up to 30,000 tonnes/year to existing plants run by the likes of Myriant, Reverdia and BASF’s joint venture Succinity. Succinic acid is traditionally derived from benzene and maleic anhydride, and can be converted into a variety of products like 1,4-butanediol, tetrahydrofuran and butadiene to feed into various chemical value chains. Italian firm Novamont also began production at a 30,000 tonne/yr capacity plant that produces 1,4-butanediol directly. Most of its production will be used to make bio-based polymers for packaging.

A spate of deals between battery materials firms points to the growing importance of energy storage. French oil and chemicals firm Total bought compatriot battery maker Saft for $1.1 billion, while FMC of the US and Japanese firms Sumitomo, Ube, Asahi Kasei and Toda Kogyo (in partnership with BASF) invested in boosting capacity or developing new materials.

In the wake of 2015’s disastrous explosion in Tianjin, China’s government accelerated plans to improve safety across the chemicals industry, closing down smaller outfits and relocating plants away from populated areas. However, a report from Greenpeace suggested that there were still 199 fatalities across 232 chemical incidents in the first 8 months of 2016. There were also a handful of fatal incidents in the US, India, Malaysia and the UK, with perhaps the most serious occurring at BASF’s site in Ludwigshafen, Germany. Three members of the company’s onsite fire service, as well as a sailor, died in a fire and explosion at the site’s main harbour. 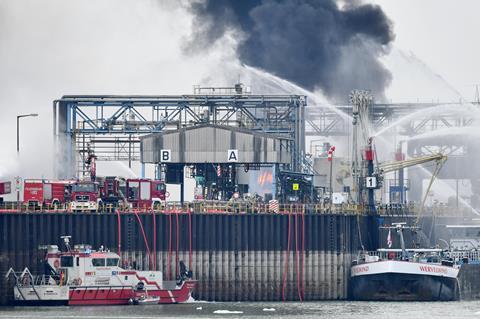 2016 also saw resolution of the long-running legal battle over the 2010 explosion of BP’s Deepwater Horizon oil rig, which killed 11 workers and spilled huge amounts of oil in the Gulf of Mexico. A Louisiana judge approved BP’s $20 billion settlement, to be paid in instalments by 2031. Those charges, combined with the low price of oil, prompted BP to cut 7000 jobs – around 9% of its global workforce.

Looking forward to 2017, it seems likely that political forces with have significant impact on the shape of the industry. As negotiations progress, companies should begin to get a better grip on the implications of Brexit and Donald Trump’s US presidency, both for trade and future investment decisions.