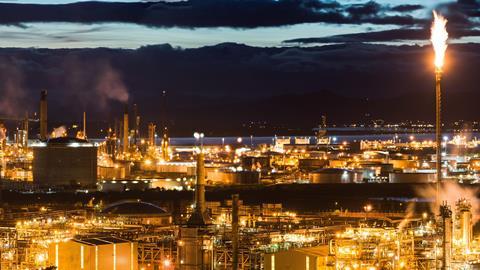 Chemicals strategy to lay out UK government aspirations after Brexit

The UK government is planning to publish a chemicals strategy to tackle chemicals of concern, as the country leaves the EU. It wants to develop an early warning system to identify emerging problems, track chemicals in the supply chain to boost recycling and re-use, and work internationally to standardise methods to assess the safety of chemicals. The timetable for a strategy will depend on the progress of EU negotiations.

The 25-year environment plan reiterates commitments made under international treaties to phase out PCBs, end the release of persistent organic pollutants and cut mercury emissions by 50% by 2030.

‘I don’t see any vision,’ says Michael Warhurst, executive director of environmental charity Chem Trust. ‘There’s nothing in there about Reach [the EU’s chemicals regulation], which makes it very problematic.’ He adds that ‘the logic of the EU withdrawal bill is that you copy and paste: you can’t do that with Reach. Does it start again [and] ask everyone to re-register?’

Industry is already concerned by the costs incurred to meet the deadline for Reach registrations in May. Peter Newport, chief executive of the Chemical Business Association, says industry, which is working with the Department for Environment, Food and Rural Affairs (Defra) on the environment strategy, wants to remain linked to Reach, and within the European Chemicals Agency (Echa). ‘Some of the earlier noises about a UK Reach and an UK equivalent of Echa are not what the industry wants to hear: if you’re selling into someone else’s market […] they set the rules, and unless they recognise ours as the same or better, we wont have access to that market.’

However, civil servants have been given the go-ahead to spend £5.8 million on an IT system ‘to enable registration and regulation of chemicals placed on the UK market’. Development of the system will start next month. Another £500,000 has been earmarked for a system to manage the UK’s quota of fluorinated gases and ozone-depleting compounds, as required under the Montreal Protocol, with development due to begin in March.

Minimising waste and managing exposure to chemicals are two means by which Defra intends to protect the environment. The environment secretary said he would retain restrictions on neonicotinoid pesticides after EU departure unless new scientific evidence emerged. New crop protection policies are also being drawn up to cut pesticide use.

Currently, farming is the most significant source of water pollution and ammonia emissions. Plans are being made to limit the use of nitrogen-rich fertilisers, and to encourage the uptake of low-emissions fertiliser. A clean air strategy, expected later this year, will tackle ammonia emissions.

Legislation is also planned to limit emissions from medium-sized combustion plants, which provide heat and power for large buildings. This would deliver cuts of 43% to sulfur dioxide emissions, 9% of particulates and 22% of nitrogen oxides to meet the government’s 2030 pollution targets. Gove said he would consult on setting up an independent ‘world leading environmental watchdog’ which would hold the government to account on environmental standards.