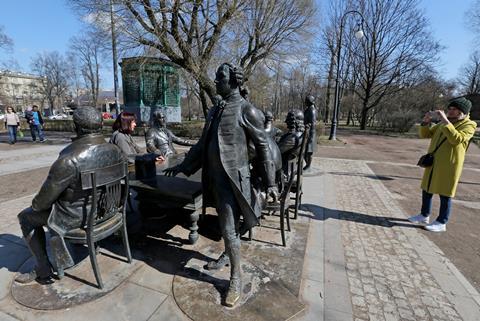 In a case of mistaken identity Scottish chemist Thomas Thomson was immortalised as a French architect in a sculpture in St Petersburg. Thomson can be seen just to the right of the seated woman

A monument in Russia that was meant to pay tribute to the eight architects that shaped St Petersburg has been revealed – seven years after it was erected – to have accidentally included a statue of Scottish chemist Thomas Thomson, a blunder the sculptor blames on Wikipedia.

Russian newspaper Fontanka picked up on the case of stolen identity after noting one of the statues in St Petersburg bore a closer resemblance to Thomson than the intended honouree Jean-François Thomas de Thomon, who is hailed as one of the city’s great architects. Sculptor Alexander Taratynov admitted that he may have made the mistake by basing the likeness of de Thomon off a photo on his Wikipedia page, a photo that has since been removed. 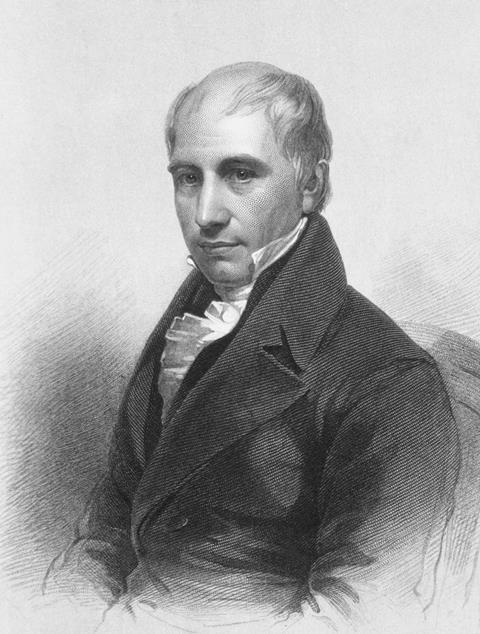 Thomson – who was a professor of chemistry at the University of Glasgow in the 19th century – was a powerful advocate for Dalton’s atomic theory. He also authored several popular chemistry books and wrote a paper that laid out the first example of the law of multiple proportions in which he was also one of the earliest chemists to use letters to represent chemical elements. Despite an apparently uncanny likeness to de Thomon, he did not have any ties with Russia and never left Britain in his lifetime.