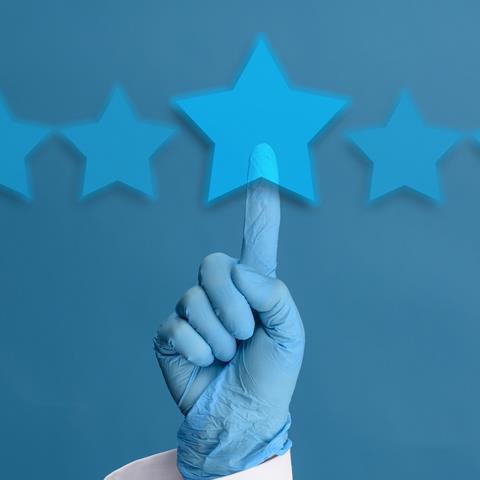 With the key findings of the Research Excellence Framework (REF) 2021 finally published, scientific research looks to be flourishing in the UK, and over 90% of chemistry submissions are rated either internationally excellent (45%) or world-leading (49%). As departments wait to hear how their results affect funding, some policy watchers predict that the next REF will be significantly different.

REF provides a national picture of research across the university sector. It informs how the four UK higher education funding bodies allocate around £2 billion through the quality-related research (QR) funding stream, which supports research infrastructure (although other factors also affect QR calculations). The price tag for REF 2021 is not yet known, but the 2014 exercise cost almost £250 million.

The 2021 exercise was carried out by expert panels in 34 subjects overseen by four main committees of academics and research users. Each submission was assessed for quality of outputs such as publications (worth 60%), impact (25%) and research environment (15%). Overall, they found 41% of UK research to be world-leading (4*) and 43% internationally excellent (3*).

Chemistry, biology and physics all fared well, emerging with similar results from a similar number of submissions (40, 44 and 42, respectively). Chemistry showed slightly higher results for research impact (53% with 4*) compared with physics (47%) and biological sciences (50%). Physics performed better on research environment (62% with 4*) than either chemistry (55%) or biology (58%).

‘It’s great that chemistry continues to go from strength to strength and that the UK research base has done so well,’ said Tom Welton, president of the Royal Society of Chemistry. ‘While chemistry has its own sub-panel, the chemical sciences are integral to many other areas of the research and innovation ecosystem so this across-the-board success is also something that we should celebrate.’

‘It was really pleasing to see an increase in the number of submissions for chemistry and an increase in impact case studies judged as 4*, illustrating the impact of research in chemistry,’ says Claire Carmalt, head of the department of chemistry at University College London. ‘Although it was a massive task to gather submissions for REF, it did provide an opportunity to reflect on the strengths in the unit and to consider future areas to push forwards.’

Emma Raven, head of the school of chemistry at the University of Bristol, agrees the REF process is one of the largest and most complicated pieces of work that chemistry departments engage in. ‘The overall quality of the [chemistry] submission demonstrates a vast amount of world-leading research spread far and wide across the UK. I hope this translates into financial support for chemistry as a discipline in the years to come.’

Changing with the times

There have been several changes since the last REF in 2014. This time the assessment included all staff with significant responsibility for research, leading to a 46% increase in researchers submitting to REF. Other differences included a longer assessment period, a lower number of outputs required per staff member and more flexibility around output selection. The changes, as Research England notes, limit the extent to which meaningful comparisons can be drawn with the previous REF in 2014.

Universities in the ‘golden triangle’ of Oxford, Cambridge and London remain at the top of many of the tables, although research-intensive institutions in regional centres such as Liverpool and Birmingham, as well as other smaller institutions such as the University of Northumbria, have also fared well this time round. What these changes mean for funding remains to be seen, says Kieron Flanagan, professor of science and technology policy at the University of Manchester. ‘In England, Research England will decide what the funding formula is once it knows how much QR is available. In 2014, the formula was changed to ensure that improved across-the-board performance didn’t lead to a dilution of the concentration of funding in the golden triangle. This culture of (English) research policy is completely ingrained, and I would expect this to happen again unless there is political intervention to block it, or alternatively such a large increase in the QR allocation that everyone can be a winner.’

‘No one can shy away from the research powerhouses [of the golden triangle but] there are also powerhouses outside the triangle too, such as Manchester and Edinburgh,’ says Nick Hillman, director of the Higher Education Policy Institute. ‘While there is a very strong case for boosting the total amount of funding linked to REF results, for recognising so-called “pockets of excellence” and even for linking research funding to the levelling-up agenda, the national interest also needs to make sure we do not harm the golden eggs in the golden triangle.’

However, James Wilsdon, director of the Research on Research Institute at the University of Sheffield, stresses that REF is not just about allocating QR funding, it provides a benchmark for relative strengths, informs strategic decisions and acts as an accountability mechanism for government. ‘For all its challenges and imperfections, we can have a degree of confidence in the process, which is very sophisticated and regulated by us, as academics, though the panels.’

The University and College Union, however, disagrees. ‘[It] remains a flawed, bureaucratic nightmare and emblematic of a research culture obsessed with arbitrarily designating institutions or departments as winners or losers,’ says general secretary Jo Grady. ‘It is a drain on the time and resources of university staff, and funding often entrenches structural inequalities.’

Meanwhile, Wilsdon predicts the next REF will be very different. ‘It will likely be the most radical overhaul for the past 25 years. The stars are aligned because R&D is now in a relatively stable financial situation – it’s the first time QR funding is inside the same organisation that does grant funding – and we are now better informed [after Brexit] about the interdependencies of funding sources. And all at a time when there is a push to reduce bureaucracy.’

Update: The top 10 table of chemistry departments in the UK was updated on 9 June 2022 to use weighted averages