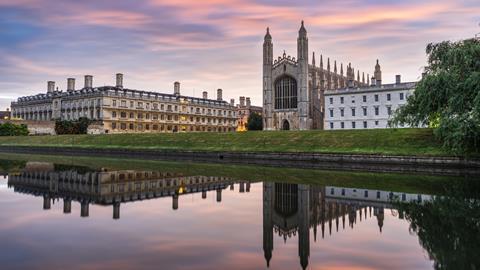 Class still a barrier to success in academia, survey finds

Is academia becoming a ‘genteel hobby’ once more, rather than a way to make a living? That is the concern of one respondent to the first University and College Union (UCU) survey on social class in post-16 education. While some from working-class backgrounds may be put off entering the sector by low pay and job insecurity, the survey finds that many of those that do work there feel they have been denied job opportunities and had their careers limited because of their background.

‘Employers that claim to care about inclusion and diversity need to start taking this seriously, listen to staff and put together comprehensive action plans,’ says UCU general secretary Jo Grady. ‘The UK faces a real risk of moving backwards on social mobility and locking working class people out of post-16 education, both as students and staff.’

The report is concerning, agrees Carl Cullinane, director of research and policy at the Sutton Trust, a social mobility charity. ‘Our research has consistently highlighted the barriers that working-class people face in getting into the workplace across a range of professions, and academia seems no exception to this. Working in academia increasingly requires working on precarious short-term contracts and moving frequently, both across the UK and internationally, all of which may act as barriers for academics from lower socio-economic backgrounds. Working-class academics have also spoken out publicly about a perception of having outsider status within universities.’

Louise Folkes, senior lecturer in sociology at the University of Gloucestershire and a ‘first-generation’ academic, welcomes the report. ‘It is essential that we get social class back on the equality agenda. Social class seriously impacts opportunities and outcomes for everybody, it is about time we recognise that. Until educational institutions take social class seriously, and begin to monitor the social class of their staff and their students, I fear change will be slow. Bringing it in line with other protected characteristics in the Equality Act would be a positive move, as we cannot hide away from the existence of social class today – despite demands to.’

Folkes says she has become accustomed to feeling out of place in academic settings, adding that the further up the chain she’s moved, the more she’s noticed that there are fewer people like her. ‘Unfortunately, many institutions are propped up by insecure, fixed-term contracts and quite frankly, without the support of family and savings, that is not a risk working-class academics can often afford to take. This often deters many working-class academics from pursuing a career in academia.’

Another disadvantage working-class academics face relates to networking skills, which are crucial in academia, says Craig Johnston, vice-chair of the Alliance of Working-Class Academics and senior lecturer at the University of Winchester. ‘This is not necessarily a skillset those from a working-class heritage are comfortable with or see as genuine. The development of such skillsets is honed, for example, around a dinner table. Many council houses – like all four of those I was raised in – never had space for a dining table or even a private space to study.’