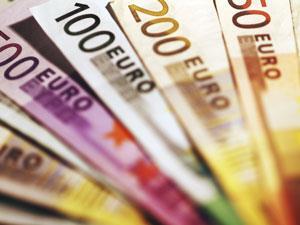 Israel and the EU have resolved the diplomatic dispute that looked set to shut out Israeli research universities and technology companies from Europe’s flagship science programme. The programme in question, Horizon 2020, is the EU’s €78.6 billion (£66 billion) seven-year research scheme that is due to start on 1 January.

Israeli justice minister Tzipi Livni and the EU’s foreign minister Catherine Ashton reached a compromise on 26 November. ‘The agreement fully respects the EU’s financial requirements while at the same time respecting Israel’s political sensitivities and preserving its principled positions,’ they said in a joint statement.

Israel is the only non-EU country to have been asked to join Horizon 2020 as a full partner, and is expected to pay in €600 million, while receiving €900m back in research grants and investment.

The main sticking point was the EU’s settlement guidelines. Published in June, these prevent any transfer of EU funds to bodies beyond the Green Line, namely the Golan Heights, the Gaza Strip and the West Bank, and formalise a policy practised by the EU for years. Israel reacted angrily, stating it would not sign a clause saying that territories that came under its administration in June 1967 were not part of Israeli territory. Since August, it has presented various proposals to the EU in the hope of finding a resolution.

Leading Israeli academics had urged the government to do whatever was necessary to ensure Israel’s participation. ‘The agreement is essential for the future of Israeli science,’ wrote Ruth Arnon, president of the Israel Academy of Sciences and Humanities, in a letter to the Israeli government. ‘Not signing it will be an irreversible and disastrous failure for Israeli science and the entire country.’

In the end, the deal hinged on two clauses in the Horizon agreement. One relates to an appendix stating that the conditions of the agreement would not prevent the EU from implementing its settlement guidelines. The parties decided to ‘formally disagree’ on this clause. The EU will add the appendix, while Israel will attach another appendix in which it declares that it objects to the guidelines from both a legal and political perspective.

The second clause relates to indirect funding and loans to Israeli entities based in Israel that also operate in the disputed areas, or have extensions or branches in the settlements. The EU was concerned that it would be unable to verify that European money would not make its way to those areas. The agreement states any Israeli entity operating within the Green Line can apply for European loans, and both sides would examine ways to make sure the money would be restricted and not reach the settlements in any form.

‘The Israeli government has hailed the diplomatic breakthrough – in which both sides ostensibly agree to disagree – as a victory for Israel and the Israeli technology sector,’ writes Soeren Kern of the New York-based thinktank, the Gatestone Institute. ‘But the true winner appears to be the EU, which has not budged at all from its insistence on the [guidelines] agreement.’

Stephan Stetter of the Bundeswehr University, Germany, and a coordinator of the Israeli-European Policy Network, also thinks the Israeli government is wrong in arguing that it won. ‘Quite the contrary is true. Israel had strongly rejected the guidelines when they were issued, yet in the end had to accept them.’

For Israeli academia, Horizon 2020 is tremendously important, Stetter notes. The EU is not only Israel’s most important trading partner, but is crucial for excellent research projects. ‘In other words, to play in the Champions League of global academia requires a small country like Israel to have very strong research cooperation with the EU.’ At the same time, Europe wants Israel because it has real strengths in some areas such as medicine. ‘But I think the message sent out by the EU is: if push comes to shove it would sacrifice economic gains for having its position on the conflict [or] settlements accepted,’ he concludes.

Kern adds that critics of the deal complain it amounts to a ‘de facto EU boycott of Israeli institutions’. He points out that Ariel University, which is based in the West Bank, will not be eligible for any EU grant money, and it remains unclear how the deal will affect Hebrew University in Jerusalem, a leading research university, which has dormitories in an east Jerusalem area.