Researchers petition against new regulations that could prevent them advising policymakers

A petition to exempt academics from controversial new regulations affecting government grants has been launched by UK researchers, who warn that ‘anti-lobbying’ rules attached to funding would prevent university scientists advising and engaging with policymakers.

Concerns are growing over a new clause to be included in government grant agreements that forbids charities and other organisations from using the money to lobby the government. The clause is due to come into force in May. 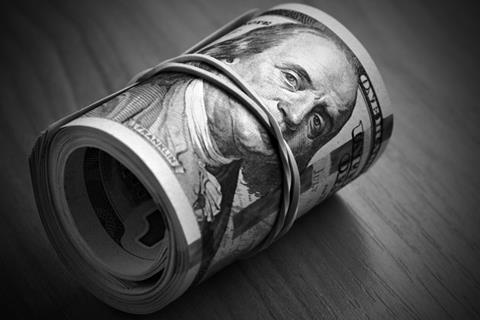 Announcing the rule change last month, the Cabinet Office said its purpose is to prevent the misuse of taxpayers’ funds and avoid the ‘farce of government lobbying government’. It stressed that organisations will still able to lobby using money raised through other channels, such as private donations or fundraising.

Confusion followed the announcement, as it was initially unclear whether the new clause would apply to government grants given to universities, and funds awarded through public organisations such as research councils or the Higher Education Funding Council for England. It is unlikely that scientists were the intended target of the legislation, and they were not even mentioned when the policy was announced. But shortly after the announcement, high profile researchers began to voice their concerns and groups such as the Campaign for Science and Engineering sought clarification from the Department for Business, Innovation and Skills (BIS) on whether the new regulations would apply to grants awarded to university researchers.

Bob Ward, policy director at the UK’s Grantham Research Institute on Climate Change and the Environment, tells Chemistry World that his own ‘behind the scenes’ discussions with BIS have confirmed that they will. ‘When I first saw this I thought “that can’t be true!”’ Ward says. ‘It’s shoddy policymaking … it looks like [the Cabinet Office] just rushed this all through, and didn’t talk to the right people. They’ve created a lot of worry and additional work now.’

The restrictions could have a particularly brutal impact on researchers based within policy institutes or departments whose research specifically concerns issues surrounding how the country is run, Ward says. ‘Some of our public funding is used for the purpose of engaging with parliamentarians, and technically any grant granted from May would not allow that.’

Ward and colleagues have set up a petition to introduce an exemption from the new regulations for universities and academics, which has gathered over 1500 signatures so far. Ward says that, although some people are fairly optimistic the exemption will be granted, he has suspicions it may not be easy. ‘The Cabinet Office may very well resist any attempts to create exemptions on the grounds that it might create a precedent that would open the door to other groups.’

It is true that other stakeholders outside the research community have also spoken out against the rule change. The National Council for Voluntary Organisations, which represents the charity sector, has expressed concerns. ‘The new rules attached to grant income would appear to prevent charities from suggesting improvements or efficiencies to civil servants or ministers, or even from raising concerns with MPs,’ the organisation said in a statement. ‘This is tantamount to making charities take a vow of silence and goes against the spirit of open policymaking that this government has hitherto championed. We call on ministers to reconsider this draconian move that could have significant consequences for the charity sector’s relationship with government.’

Ward warns that concerned universities and scientists must act fast if they hope to secure an exemption. ‘Everybody’s been caught on the hop and there’s very little time before the rule is supposed to take effect,’ he says. ‘My concern is that too few people will realise what’s happening until it is too late.’