The UK government spends around £2.5 billion on independent research every year to help shape its policies. But according to an investigation commissioned by the charity Sense about Science, many of the results end up lost or forgotten and prompt publication is sometimes sacrificed for political purposes. 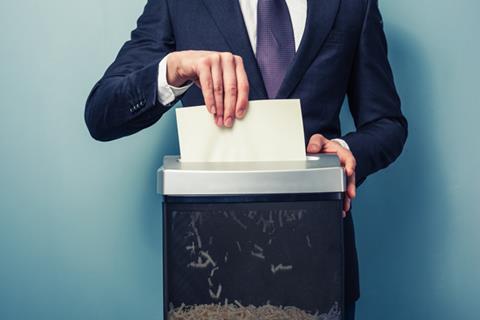 The report concludes that there is no comprehensive account of how much government research is commissioned, nor of how much of it is published

The report – Missing evidence – written by Stephen Sedley, a former appeals court judge, lays out the problems. It found a disturbing absence of published results and progress reports for government-commissioned studies that have been funded by the tax payer.  ‘No comprehensive account exists of how much government research is commissioned, nor of how much of it is published and when,’ the report says.

In response to freedom of information requests, seven government departments, including the Department of Energy and Climate Change, the Ministry of Defence and the Home Office, said it would be ‘too costly’ to provide a list of all the research that had been commissioned because the information was held in many different files and locations. Civil servants who were interviewed reported spending a significant part of their time hunting down reports relating to research that had been commissioned, often resorting to search engines to find it in the absence of official records.

Sense about Science commissioned the report last year in response to media allegations about government research being covered up when the results turned out to be politically inconvenient. While the enquiry didn’t find any evidence of a ‘conspiracy’ as such, it did identify several cases where the publication of key reports seems to have been delayed until the public debate has moved on.

[[The effect of not having good records means that research goes missing at a time when it is needed for scrutiny]]‘If government policy is formulated and announced before the media and the public know what expert evidence ministers have received, public discussion (including parliamentary scrutiny) may be handicapped or stifled,’ Sedley wrote in the report, adding that ‘delay designed simply to avoid political embarrassment is not ethically acceptable’.

The solution, he argues, could be as simple as organising a central system where all government-commissioned research can be recorded and publically accessed. The report points out that in departments such as the Department of Health, where a freely accessible database already exists, records of research are much easier to find.

‘We know that parts of government are getting it right …  it’s just that it’s very patchy,’ says Prateek Buch, a policy associate at Sense about Science. ‘The effect of not having good records, combined with the pressures of publishing difficult research into a political environment, means that research goes missing at a time when it is needed for scrutiny.’

He adds that a central database of government research would go a long way to making government research more transparent. Combined with other measures, such as improved staff training, it would help ‘give research its proper place’ in policymaking.  ‘We are working with the Cabinet Office and others to make sure that that recommendation is implemented as soon as it can be,’ he says.