Contaminated cough syrup linked to 66 child deaths in The Gambia

Indian generics firm Maiden Pharmaceuticals has been implicated in the deaths of 66 children in The Gambia, West Africa.

On 5 October, the World Health Organization (WHO) issued a special alert focusing on four substandard cough syrups: Promethazine oral solution, Kofexmalin Baby Cough Syrup, Makoff Baby Cough Syrup and Magrip N Cold Syrup, all manufactured by Maiden, which is based in the north Indian state of Haryana. These products are ‘potentially linked with acute kidney injuries and 66 deaths among children’ in The Gambia, the report states. ‘WHO recommends all countries detect and remove these products from circulation to prevent further harm to patients,’ director general Tedros Ghebreyesus stated. 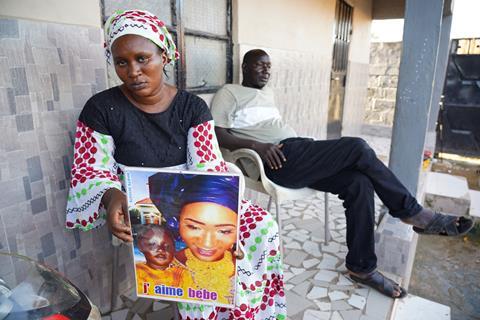 Toxic ethylene glycol and dietheylene glycol were discovered in samples taken from the implicated cough syrups, which are often used to treat children

According to the WHO, at the end of July 2022, the Gambian government received information about an increase in acute kidney injuries among young children from Edward Francis Small Teaching Hospital, the country’s main hospital. By 30 September, 78 cases had been reported including 66 deaths. About 72% of these cases were under two years old, reported from six out of the country’s seven health regions.

The link with cough syrups was discovered after samples of medicines used by the children were sent to labs in Senegal and Ghana – since The Gambia has no such facilities. Testing identified toxic contaminants diethylene glycol and ethylene glycol. The government began recalling the products from 2 October and has banned further sales. A door-to-door search aims to recover those already distributed and the police are investigating. More than 16,000 products have been located and confiscated for destruction. The Gambia’s President Adama Barrow has stated that his country will go to the bottom of this tragedy and is negotiating with the World Bank to create testing facilities.

As the WHO issued its alert, the Indian authorities launched investigations at central and state level in Haryana. Maiden’s offices and factory were investigated by drug inspectors and samples collected.

The company had failed to provide guarantees about the safety of its products, says the WHO. But Maiden boasts of being a WHO Good Manufacturing Practice (GMP) certified company with presence in Asia, Africa (17 countries) and Latin America. Maiden claimed in a press statement shared on Twitter by Asian News International that the affected products are manufactured only for export and not for local consumption. That statement was repeated by the Indian health ministry. However, the company’s catalogue (as uncovered by public health activist Dinesh Thakur) lists a variety of cough syrups, including some with trademarks registered for the Indian market.

There have been at least 5 major episodes of contaminated cough syrup or diethylene glycol poisoning in India between 1972 and 2019, leading to 86 deaths. Public health groups and whistleblowers have pointed out that Maiden has been embroiled in many controversies earlier and is a repeat offender. Official records in public domain show that Maiden repeatedly prosecuted in various Indian states for quality control violations and substandard products. In 2014, the company was one of 39 Indian firms blacklisted by Vietnamese authorities for quality control violations.

Campaigners are raising questions about how Maiden and similar companies have been allowed to function in the domestic and international markets by the Indian government, despite their dubious records. They point out that the WHO’s GMP certification is conferred locally by the central Indian government. In 2017, the WHO had profusely praised the Indian drug regulator and displayed high confidence in its capacities.

‘All this is happening because neither the regulatory authorities nor the pharmaceutical companies go by the rulebook,’ says Chinu Srinivasan, co-convenor of the non-profit All India Drug Action Network, which focuses on people-oriented health and drug policies. ‘It’s a fault of both the state and central regulatory authorities that the culprits always get away with just a slap on the wrist after getting caught. What we badly need is transparency, predictability of the system and integrity.’

Central and state drug authorities, which inspected the Maiden premises early October say they have found some dozen contraventions of the law, procedures and GMP. These include failure to produce logbooks of equipment and instruments used in manufacturing and testing drugs; missing batch numbers; lack of process validation; failure to produce in-process testing reports; and missing batch numbers, manufacturer names, manufacturing and expiry dates on purchase invoices of ingredients.

Meanwhile, the Haryana state government has completely halted all production at Maiden’s factories at Sonepat. ‘Samples have been sent to the Central Drug Laboratory in Kolkata. After their report comes in, if there is something wrong, we will take strict action,’ said Haryana’s health minister, Anil Vij.