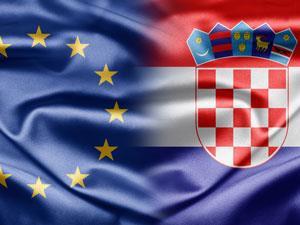 Last month, Croatia won €11.2 million (£9.6 million) for 19 science projects from the EU’s fund to support countries set to join the union. Croatia’s research community has begun getting a taste of what the EU has to offer. As the country joins the bloc today, the question is can it continue to secure funding as it fights it out among the big beasts of European research?

The results are part of a recent drive to make the most of European Research Area. Croatia has been taking part in EU programmes as an equal partner, has a science attaché in Brussels and an action plan for boosting its capacity to draw on EU money in 2013–2015.

Saša Zelenika, assistant science minister, says Croatia can bid for an estimated €11.5 billion over the next seven years, including money from Horizon 2020, the successor to FP7. According to Zelenika, Croatia has been working hard to build links with key decision makers in Brussels. Croatian Science Foundation has just joined Science Europe, an association of European research funding organisations. ‘Put simply, we sit at the table where decisions are made and we get an equal say in those decisions,’ Zelenika says.

He puts their FP7 success down primarily to having ‘quite a number of excellent researchers and smaller groups which have so far not been recognised and supported enough on the national level’. Zelenika believes his ministry’s changes to the way research projects are funded – moving funding from the ministry to the science foundation, and learning from the EU – will be a step towards fixing this.

Yet some believe FP7 success is mere luck. They point to Croatia’s below average success rate of 17.2% in FP7 applications, compared with an EU average of 21.2%. ‘It’s a chance occurrence and not a reflection of our superiority,’ says Vlatko Silobrcic, a member of Croatia’s academy of sciences. ‘The success in getting such grants should definitely be better.’

Critics maintain that Croatia’s research system needs long overdue reforms that reward excellence, as well as establishing a meritocracy. This is something they say successive governments have failed to introduce.

While Croatia has become much richer over the past decade, research funding as a share of GDP has actually fallen over the past decade. The ministry funds some 2000 research projects with an average of just €6500 a year. Research is mostly conducted by tiny research groups – largely isolated industrially and internationally – and the success rate for funding applications is 85%.

Silobrcic believes such figures mean the majority of Croatia’s scientists are not able to compete on the international stage. And Srete Nikolovski, professor of electrical engineering at the University of Osijek, says that the disconnect between different faculties and universities will hamper Croatia’s chances for Horizon 2020 funds, when compared to strong links between big universities and industry giants in western Europe.

But while many say better national funding and policies to ensure meritocracy are still badly needed, some scientists are optimistic that joining the EU will help turn the tide. Stipan Jonjic, professor of medicine at University of Rijeka, and the first in Croatia to receive an ERC grant says: ‘I believe the situation will improve, especially as we enter the EU and it will become easier to link up with individuals and scientific institutions in scientifically developed countries.’

‘It looks like we’re not so bad at applying for EU funds,’ says Oliver Vugrek, a biologist at the Institute Ruder Boškovic in Zagreb, who recently won an FP7-REGPOT project worth €4.8 million. ‘For now, this is a small number of scientists, but I think that will motivate the others, and the number of research grants will grow. We need to break through, and others must follow.’